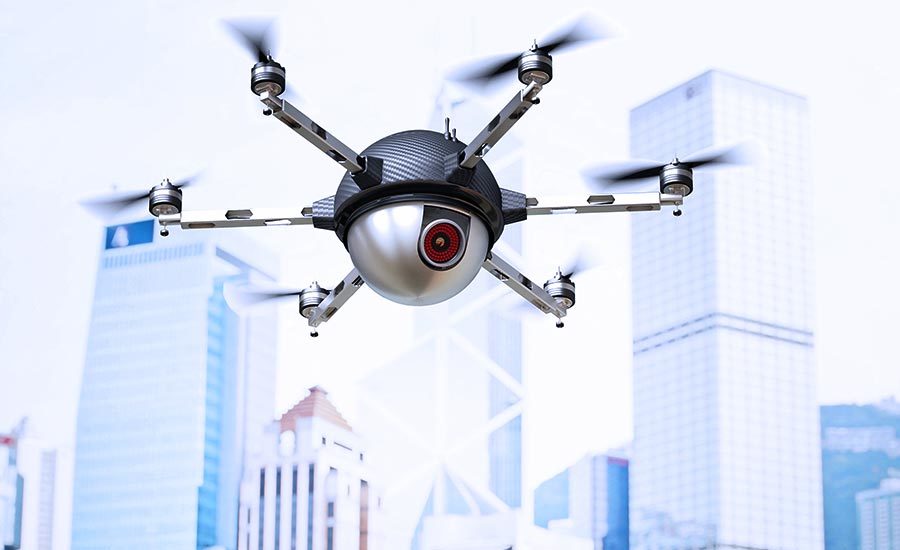 Who Flew Drones Over Reactors?

Five or six drones buzzed over the perimeter fence of the nuclear plant— the largest power generator in the United States — 50 miles west of Phoenix. They went across the open desert where security guards practice “force-on-force” simulated combat drills to sharpen their skills to ward off an assault, over heavy-duty gates and arrived at the protected area around the concrete-domed reactors.

They stayed for nearly an hour, and came back the next night for a repeat performance.

Nobody except the drones’ pilots knows whether this was a case of hobbyists touring the plant out of curiosity, or something much more nefarious, intended to disrupt a massive power source for customers from Texas to California. And nobody in any official capacity seems to know who piloted the drones that night or the next.

Most drones popular with consumers have a battery life of about half an hour, less time than was spent at Palo Verde. But it’s unclear whether the drones were high-end models with longer flight capabilities, or just consumer models simply returning to the launch site after brief flights.

“There did not appear to be coordinated movements between the drones,” said Mike McLaughlin, vice president of site services for Palo Verde, who said it was difficult to tell how big or how close the drones actually were in the night.

He said it was difficult to determine the number, size and altitude of the drones in the dark.

“It’s difficult to pinpoint anything other than there were drones in the area,” he said.

Arizona Public Service Co., which owns a large stake in the power plant and runs it for the other co-owners, takes the issue seriously, McLaughlin said. But officials also are not concerned with the drones, which they have not seen since last fall.

There’s little chance they could damage the steel and concrete reinforced containment domes or buildings housing nuclear material, he said.

“We are safe from the current technologies,” he said, which is why the well-armed security guards at the plant didn’t shoot them down. Technically, they could have been operating legally, depending how high above the plant they were flying, which was hard to determine in the dark.

“Even out in rural Tonopah, there is an amount of risk in trying to shoot something out of the sky. There are families and homes around. I don’t want to be the station that unilaterally takes action against drones.”

The story of the incursions is told through emails and security alerts recently released by the Nuclear Regulatory Commission.

How those documents came to light is almost as intriguing as the drone swarms themselves.

A person identified as Douglas Johnson with the Scientific Coalition for UAP Studies, a group studying “unknown anomalous phenomena known around the world as UFOs” and other unexplained objects, requested the documents from the Nuclear Regulatory Commission.

His document request, allowed under federal law, specifically cited material related to “an incursion of drones” at Palo Verde from September to October.

He said on Twitter that he’d been tipped off to the event.

A news site called The War Zone then published the documents this week. Once the NRC released the documents to the UFO researcher, they were made available to the general public on the commission’s website.

Drones show up at the same time on consecutive nights

Eighty-one pages of heavily redacted and repetitive emails describe the events. It was 8:50 p.m. on Sept. 29. Guards at the plant described drones about two feet across flying 200-300 feet overhead, with white and red lights.

The drones used spotlights as they approached the plant. The spotlights went dark once they arrived. The aircraft loitered around for more than an hour. No drones were seen after 10:30 p.m., according to the report, which does not say what the many armed guards at the plant did while the drones flew around the No. 3 reactor.

The emails indicate the drones were able to fly over the “protected area” around the three nuclear reactors and their turbines. Workers and visitors at the plant have to go through two security checkpoints to get to that area. The journey to that point includes passing through metal turnstiles, metal detectors like at an airport and through a separate machine used to detect explosives.

The next night, at 8:51, four drones flew over the plant, this time without spotlights lighting their approach.

A security report from the plant that night indicates guards believed the drones were launched from behind a mountain range east of the power plant at Southern and 361st Avenues.

“This week has been a drone-a-palooza,” an NRC official wrote in an email later that week.

Maricopa County Sheriff’s Office was notified but deputies couldn’t locate the drones or who was operating them, the reports say.

Officials contacted the Federal Bureau of Investigation, the Federal Aviation Administration, and the Department of Homeland Security as well.

The nuclear regulators coordinated with the FBI’s “weapons of mass destruction” coordinator after the second night because the flights met several criteria regarding how serious the agency considers drone overflights, including the number of drones and maneuvers they used, another email said.

The flyovers prompted several officials to get involved, but the NRC isn’t concerned today about drones damaging or interfering with nuclear plants.

“The NRC believes there are currently no risk-significant vulnerabilities to nuclear power plants that could be exploited by adversarial use of commercial drones to result in radiological sabotage, or theft or diversion of special nuclear material,” NRC spokesman David McIntyre said Thursday.

“Current security measures in place at all U.S. commercial nuclear power plants, including Palo Verde, account for and mitigate the potential for disruption or reconnaissance caused by drones.”

He also said that the Department of Energy is working with the FAA to designate the airspace above all nuclear plants as restricted. Once that is implemented, commercial drones will recognize such restrictions and not fly over the plants.

Workers in the NRC’s Intelligence Liaison and Threat Analysis Branch seemed even less concerned. They sent internal messages to NRC officials asking not to be woken in the middle of the night with calls about drones at Palo Verde.

“There is nothing ILTAB can do about it at night, and if my staff has to be woken up about it each night, it will start to cause other problems for us,” wrote Laura Pearson, who is an intelligence liaison with the NRC, according to a LinkedIn profile.

This is how Pearson describes her job on that profile: “I work at the intersection of intelligence and policy to assess emerging threats and find solutions to mitigate or disrupt them.”

The Palo Verde incidents are apparently not the first time something like this has happened. One NRC email discusses “several high-speed” drone overflights of the Limerick Generating Station in Pennsylvania approximately eight months prior.

Another indicates there had been 42 drone incidents in three years. APS officials said some of those were at Palo Verde.

What if the pilots meant harm?

At least one person in the NRC was concerned last year that an airspace restriction from the FAA wasn’t sufficient.

“I would point out that restricted airspace will do nothing to stop an adversarial attack and even the detection systems identified earlier in this email chain have limited success rates, and there is even lower likelihood that law enforcement will arrive quickly enough to actually engage with the pilots,” wrote Joseph Rivers, a senior security adviser with the Nuclear Regulatory Commission who recently retired.

“We should be focusing our attention on getting federal regulations and laws changed to allow sites to be defended and to identify engineering fixes that would mitigate an adversarial attack before our licensed facilities become vulnerable.”

A columnist for Forbes went even further, speculating that the drones could have made three-dimensional maps of the power plant to assist a later attack.

“We frankly are not worried about that,” McLaughlin of APS said.

The plant’s security preparedness assumes anyone threatening the plant might have connections to an insider who has shared the plant layout and designs, and the security would have to defend against someone with that knowledge.

“The drones today are much more of a nuisance than they are a physical threat against the station,” he said. “This story is more about drone safety and how you could be impacting people at the station.”

He said drones remain unwelcome at the plant because they can distract security officers.

According to the documents, APS officials told regulators they planned to use a system from a company called Aerial Armor to track drones to determine where they were launched. The system would help law enforcement find any spot within a 13-mile radius where they launched.

McLaughlin said the NRC did not require anti-drone measures, but that APS has taken some anyhow, though he declined to comment on whether Palo Verde was using the tracking system.

In another email, an NRC representative tells a group of workers that the flights over the plant are not illegal, and another questions what the agency can do then if the perpetrators are caught.

However, another worker noted that Arizona has a law prohibiting drones from flying 500 feet horizontally or 250 feet vertically from any critical infrastructure, which would include the power plant.

Even if the airspace over nuclear plants is not yet designated as a restricted area, officials said they prefer drone pilots steer clear of the reactors.

“We would appreciate every drone pilot understand the rules before they fly,” McLaughlin said.

13 thoughts on “Who Flew Drones Over Reactors?”