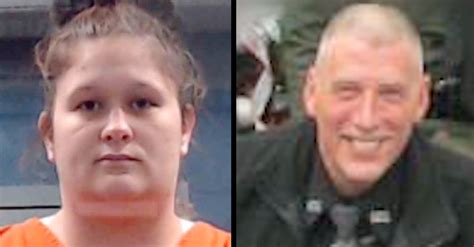 A West Virginia woman has pled guilty to trying to “traffic” a 17-year old girl to a police chief of all people!

According to federal prosecutors, 28-year-old Kristen Naylor-Legg pleaded guilty to a child sex trafficking conspiracy in which she was charged with providing a 17-year-old relative to a former police chief for sex in exchange for money.

In a news release, Acting U.S. Attorney Lisa Johnston say said that Naylor-Legg faces up to life in prison. She will also be required to register as a sex offender. Naylor-Legg is scheduled for sentencing on Dec. 9.

Prosecutors say Naylor-Legg on two occasions in 2020 offered up her minor relative to then-Gauley Bridge Police Chief Larry Allen Clay, Jr., who also had been working with the Fayette County Sheriff’s Department.

Prosecutors say Naylor-Legg admitted Clay paid her $100 on one occasion, and on another, he promised $50 but did not pay her.

Naylor-Legg and Clay were initially charged in March and indicted the next month. The teen has also sued Clay and the city of Gauley Bridge in federal court.

Clay has pleaded not guilty and heads to trial on Nov. 9 on sex trafficking charges.