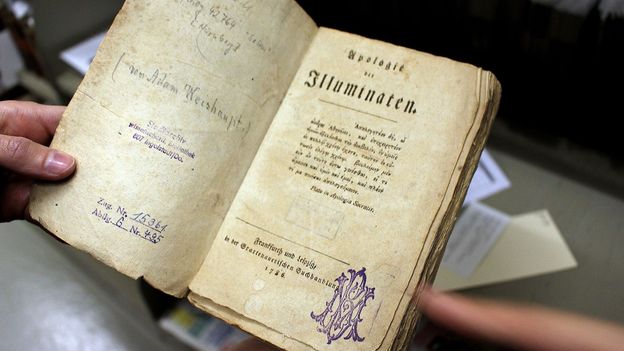 In the annals of “Conspiracy Theories,” the Top Three have to be: The Moon Landing, The JFK Assassination, and The Illuminati. But how much do you really know about that last one? You probably know a lot less about the so-called “global cabal” known as “The Illuminati” than you think. And the truth is just as strange and fascinating as the rumors and conspiracy theories that surround the mysterious secret society.

Here are five things you really should know about The Illuminati.

The Illuminati do not rule the world. Far from it. In fact, Weishaupt’s group was not remarkably successful, more or less disappearing after only a decade of operating. In 1785, Duke of Bavaria Karl Theodor banned all “secret societies,” including the Illuminati, and instituted serious punishments for anyone who joined them. Most of the group’s secrets were disclosed or published, and, if you believe most historians, the Illuminati basically disappeared.

However, like any good conspiracy theory, it was that very “disappearance” that made “The Illuminati” legendary. Almost immediately after the Illuminati was disbanded, conspiracy theories about the group sprang up. The most widespread of these were authored by physicist John Robison in 1797, who accused the Illuminati of infiltrating the Freemasons. Soon after, some of the Founding Fathers managed to stoke interest in the Illuminati in the United States. In 1798, George Washington wrote a letter addressing the Illuminati threat. Thomas Jefferson had long been accused of being a member of the group. For decades later, legends of the Illuminati and their secret control of US and world events never completely disappeared, but they slunk into the shadows, burbling in the background like any dark and manipulative “secret society.” But it was in the mid-1970s when the Illuminati were thrust back into the light, thanks to a trilogy of books that gave the group the spooky and ominous reputation as a global cabal that it has today. Never mind that the books, The Illuminatus Trilogy, by Robert Shea and Robert Anton Wilson were pure works of fiction. However, the authors wove much of the true history of Weishaupt’s group and the fears of the Founders into the novels, and that gave them an air of legitimacy that has formed the basis of much of what “conspiracy theorists” think they know about the group today.

Both the Freemasons and the Illuminati were real and contemporary “secret societies.”  They both had complicated hierarchies, used bizarre symbols, secret handshakes, and rituals. Because the Illuminati recruited many members in Europe through Freemason lodges, the two groups are often confused for each other. But unlike the original Illuminati that was disbanded and faded into obscurity, Freemasons continued to have power and influence in the early United States, so much so that in 1828 an actual political party called the “Anti-Masonic Party” was formed strictly to oppose the Freemasons.

Are Beyonce, Kanye West, Jay Z, and the dozens of other celebrities that have been accused of being members of the Illuminati, really members of the legendary cult-like secret society? Jay Z has repeatedly said that he thinks rumors of his membership in the Illuminati are “stupid.” Kanye West has said it’s “ridiculous.” Of course, to conspiracy theorists, that is exactly what a member of the Illuminati would say. Historians say rumors of celebrities and other rich and powerful elites being part of the modern-day Illuminati, are simple the same old ties between power and conspiracy. “The thing that ties conspiracy theories together is that they always point at someone who is supposedly powerful,” says Joseph Uscinski, a political scientist at the University of Miami and co-author of American Conspiracy Theories with Joseph Parent. “You never hear a conspiracy theory about the homeless guy in the street or a gang of poor children.”

Uscinski and Parent went on to note that conspiracy theories can, in many ways, represent genuine anxieties about social problems. In a global, media-driven world, celebrities represent a new and unusual form of power that has an appropriately conspiratorial response.