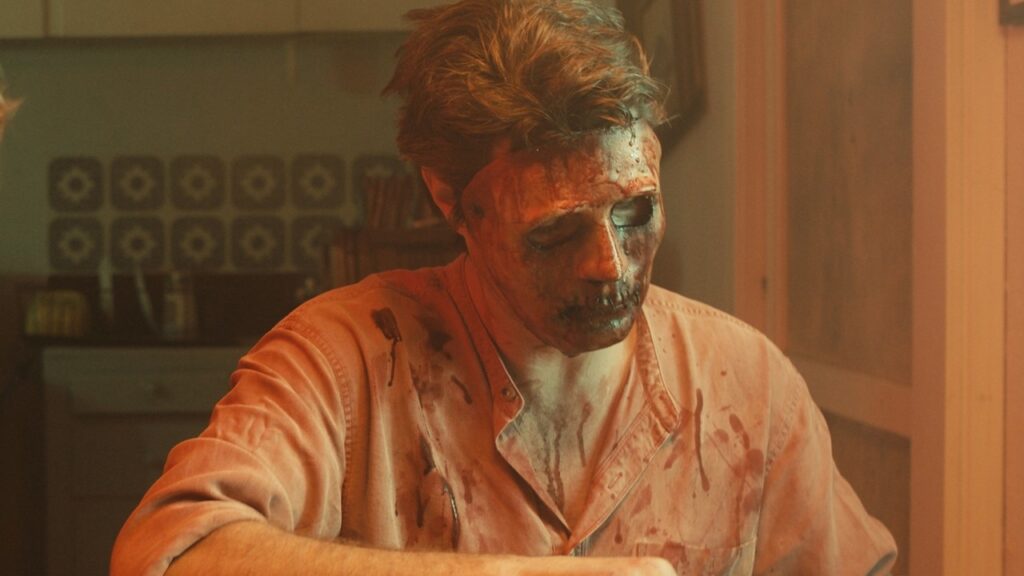 It was a crime that shocked the nation.

In the sleepy town of Aberdeen, NSW, Australian woman Katherine Knight butchered her lover John Price to death, skinned him and put him on a meat hook before decapitating him and boiling his head on February 29, 2000.

She served Price’s cooked flesh with potatoes, pumpkins, cabbage and squash with gravy to his children at her home.

Knight was arrested before the children came home from school and later sentenced to life imprisonment without parole for the brutal murder.

She was the first woman in Australian history to receive a life sentence without parole.

This month marks 16 years since the shocking murder of Price.

But disturbingly, Knight’s crime wasn’t the first or last of its kind.

In a tale that horrified Germany, Armin Meiwes found his victim, Bernd-Juergen Brandes, over the internet. Brandes, an IT manager, had posted an advert for someone to “obliterate his life and leave no trace”.

Brandes travelled by train to meet Meiwes in the western town of Rotenburg in March 2001. There, the cannibal videotaped himself severing Brandes’ penis with a knife before both men tried to eat it.

Bleeding profusely, Brandes fell unconscious. With the video recorder still rolling, Meiwes laid him out on a bench, kissing him on the lips before plunging a knife into his throat.

He suspended the victim on a meat hook and froze 30kg of flesh in parcels and later ate some with cabbage and potatoes.

In a shocking recent interview, Meiwes gave never-before-heard details of his gruesome act.

“I decorated the table with nice candles … I took out my best dinner service, and fried and piece of rump steak — a piece from his back — made what I call princess potatoes, and sprouts,” he said.

“The first bite was, of course, very strange. It was a feeling I can’t really describe. I’d spent over 40 years longing for it, dreaming about it,” he added.

“And now I was getting the feeling that I was actually achieving this perfect inner connection through his flesh. The flesh tastes like pork but stronger,” Meiwes went on to say.

Former “Mr Gay UK” Anthony Morley is spending the rest of his life in jail after being found guilty for butchering his boyfriend and cooking his flesh.

In 2008, Morley, 36, slashed 33-year-old boyfriend Damian Oldfield’s throat before stabbing him numerous times after watching Brokeback Mountain in bed. He then cut up and cooked his flesh.

Upon his sentence, Judge James Stewart, QC, said: “This is one of the most gruesome murders I have encountered. I associated cannibalism with eras long gone, with the tale of Robinson Crusoe. No longer.”

Jeffrey Dahmer was a chocolate factory worker who slaughtered, raped and mutilated at least 17 young men before eating their body parts.

Also known as the “Milwaukee Cannibal”, Dahmer’s killing spree spanned over 13 years between 1978 and 1991 — where he would drug boys and young men, molest some and eat them.

The sick American cannibal said his inclination to murder and necrophilia began at the age of 14.

He pointed out to police that he always wore a condom when having sex with his dead partners or their body parts.

He believed he could turn his victims into zombies by drilling into their skulls and injecting acid into their brains.

Sentenced to life imprisonment, Dahmer was killed by a fellow inmate in 1994.

The victim named as shop worker Cerys Yemm met him at pub just hours earlier before going back to Sirhowy Arms Hotel in Caerphilly, South Wales.

Williams stabbed and killed his victim and ate her face and an eye.

He died while under arrest.

Dubbed the real-life Sweeney Todd, Jorge Beltrao Negromonte, 54, with his wife and mistress lured women to their house with the promise of work as a babysitter.

The sick trio then killed their victims and baked their flesh into meat pies.

The thick empanada pastries were filled with flesh from the victims and sold to customers in their shop, schools and hospitals in Pernambuco, Brazil, claiming they contained chicken and tuna.

The pies were also eaten by the trio, neighbours and a small child who lived with them.

Police found the remains of two victims in the backyard of the house.

When the killers were arrested in April 2012 in the city of Garanhuns they confessed to the crimes and said they belonged to a sect that preached “the purification of the world and the reduction of its population”.

Negromonte later described how he sliced a teenage mother to death in front of her child and then fed bits of the flesh to the tot.

Negromonte was sentenced to 23 years in prison while his wife and mistress received 20-year sentences.

A serial killer dubbed the “Granny Ripper” was suspected of eating her victims’ organs and was said to have “favoured their lungs”, it has been reported.

St Petersburg police found the headless body of Valentina Ulanova near a pond after her carer Tamara Samsonova, 68, was caught on CCTV removing the victim’s body in a black bag.

Ms Ulanova had been drugged and then cut into pieces with a hacksaw.

What followed was the unravelling of a murder spree involving at least 11 victims that took place over two decades and unmasked a serial killer who delighted in cutting up her victims — and was suspected of eating their internal organs.

A search of Samsonova’s flat not only revealed diaries where she proudly detailed her crimes but a sharp knife, and blood smears in the bathroom.

Several unsolved murders were investigated for possible links to Samsonova.

Samsonova wrote about her exploits in her diary and even confessed to police directly about her monstrous crimes, the New York Daily News reported.

St. Petersburg detective Mikhail Timoshatov told Britain’s The Sun newspaper: “Tamara Samsonova says that at first she made her friend sleep — and then cut her into pieces,” while she was still alive.

Another one of her suspected victims was a headless, legless and armless man’s body found on the same street 12 years ago — his business card was discovered in Samsonova’s home.

Police also feared Samsonova’s husband, who she reported missing in 2005, was one of the 11 victims she boasted about in her diary. He has never been found.

In court, the judge asked the Granny Ripper her thoughts about being jailed.

Her reply was as matter-of-fact as her macabre diary.

“You decide, your honour. After all, I am guilty and I deserve a punishment.”

The two met in a soup kitchen in Jacksonville in 1978 and began a sexual relationship and went on a murder spree together.

It was only Toole who confessed to cannibalism and was convicted to six counts of murder.

Toole admitted to having committed his first murder at 14, describing how he cooked and ate humans with his homemade barbecue sauce.

He died in prison.

76 thoughts on “The world’s most heinous cannibal killers”