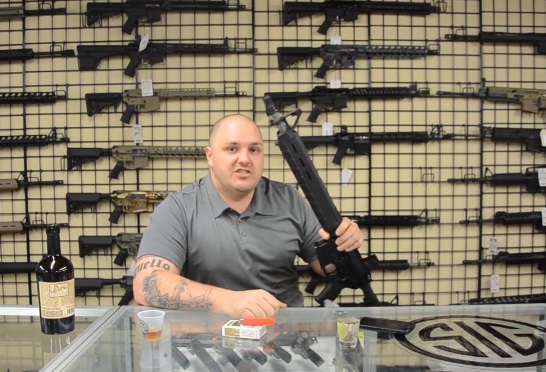 It doesn’t get much worst for law-abiding gun owners then having an out-of-control anti-Second Amendment zealot, and documented racist using the power of his office in an unconstitutional assault against a segment of its citizenry.

However, that’s exactly what’s taking place in the Commonwealth of Virginia since disgraced “blackface” Governor Ralph Northam beat the odds and won another term as Governor, despite his public racist views, which may, in fact, tell you a lot more about the voters within “Old Dominion,” then we care to know.

Nevertheless, that’s what Virginia gun owners are currently faced with, as Northam allied with New York carpetbagger billionaire Michael Bloomberg attempt to register and ultimately confiscate firearms from licensed law-abiding gun owners, through a series of unconstitutional laws enacted within the Democratically controlled General Assembly, that would eventually institutionalize and or jail individuals who refuse to comply.

Northam along with Bloomberg-bought allies are attempting to not only confiscate firearms from law-abiding citizens but also additional funds from hard-working taxpayers, in their unconstitutional scheme through a budget bill known as HB30.

The bill includes an appropriation of a quarter-million dollars to carry out a host of gun control measures that Northam and his anti-gun allies hope to enact.

The funds earmarked to the Corrections Special Reserve Fund would be specially appropriated for the “increase in the operating cost of adult correctional facilities resulting from the enactment.” In short, monies needed to incarcerate, imprison, confine, and detain individuals who refuse to either register their firearms or voluntarily give up their weapons based on anonymous “red flag” laws, without the benefit of due process.

The egregious allocation is also designed to fund a ban on commonly-owned semi atomic firearms, cleverly reverenced by anti-Second Amendment advocates as “assault weapons” which is actually a false characterization, in that any weapon can be labeled an “assault weapon” depending on how fast an individual pulls a trigger, thus even a six-shooter can be regarded as an assault weapon, if someone simply deems it so, much like the ominous accessories attached to a weapon, that makes it look “bad” however does little in actual kill power, it mostly cosmetic.

Currently, under Virginia law, a law enforcement officer may take an individual into emergency custody for a mental health evaluation without prior court approval. A person detained in this manner is then evaluated to determine whether they meet the criteria for temporary detention. A person that was subject to a temporary detention order and subsequently agreed to voluntary admission to a mental health facility is prohibited from possessing firearms until their rights are restored by a court.

So why the redundancy in Virginia…creating another law limiting an individual’s Second Amendment Right?

Multiple surveys and polls have already concluded that many laws preventing mass shootings don’t work, simply look at the carnage in Chicago, played out almost every weekend, regardless of their stringent gun laws, or the foolish declaration of a neighborhood being tagged a “Gun Free” Zone, which to a deranged mind becomes a “killing zone” especially when no one is shooting back.

In 2018, the FBI reported that there were five times as many individuals listed as killed with “knives or cutting instruments,” than with rifles of any kind. The data also showed that rifles were listed as being used in fewer homicides than “blunt objects (clubs, hammers, etc.)” or “personal weapons (hands, fists, feet, etc.).”

Governor Ralph Northam – along with Michael Bloomberg – isn’t really interested in actually addressing gun violence in America. If they were they would address the issues of fatherless families, dysfunctional homes, mental illness, gang violence and the slow erosion of traditional values. In truth, those issues are much too complex and require real leadership, it’s much easier to confiscate firearms from law-abiding citizens and pretend you’re actually making a difference.