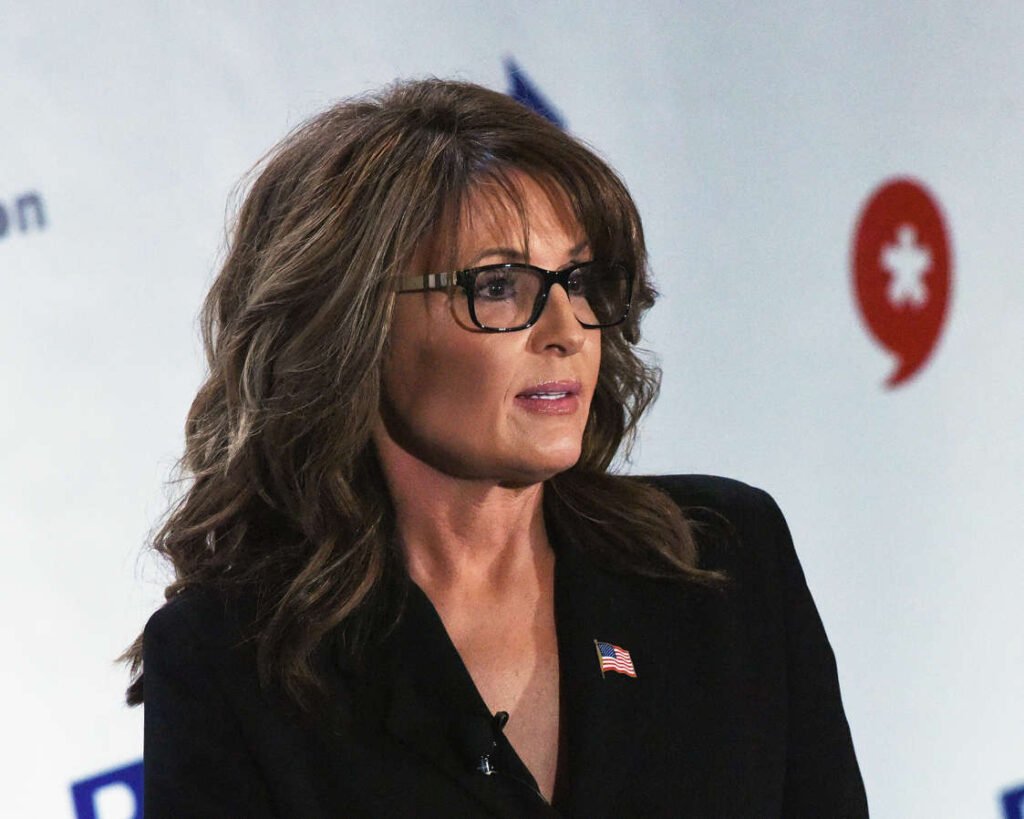 Sarah Palin, the former vice presidential candidate and ex-governor of Alaska, has hinted at a return to politics.

Palin was asked if she would look at running for the U.S. Senate as she spoke at a conference on July 22 that was co-sponsored by the Harvest International Ministry religious movement, Right Wing Watch reported.

In a video shared on the ministry’s Instagram page, Palin said sitting on stage that “America was dedicated to God” and she took a swipe at “a rapid shift to the left” she felt was taking place in the country.

“Are we gonna let them fundamentally transform the nation that does belong to God?” she said.

Meanwhile, the leader of the New Apostolic Reformation, Ché Ahn, asked Palin if she would consider running for Senate from Alaska.

Palin told Ahn, that it would be a “sacrifice” to leave her home in “God’s country” but added: “If God wants me to do it, I will.”

She went on to suggest that she would need more support from Christians than she got during her unsuccessful White House run.

“You guys better be there for me this time. Because a lot of people weren’t there for me last time, and that’s why, characterization-wise, I got clobbered,” she said.

Palin was on the Republican ticket with the late Arizona senator John McCain during the 2008 election won by President Barack Obama. While she drew large crowds on the campaign trail, reaction to her among conservatives was mixed and she was famously parodied on Saturday Night Live.

At the event on July 22 which was also co-sponsored by Latino Coalition for Israel, video shows Palin standing next to Cindy Jacobs, a renowned speaker at religious gatherings, who prays over her.

With Palin close, Jacobs said that God was “raising up an army of intercessors” and “an army of pastors and leaders that are coming around you,” to take her “all the way to the top” for her next “big step.”

Well regarded among grassroots conservatives, Palin was a supporter of ex-President Donald Trump.

However, it is unknown what kind of popularity Palin might enjoy in her home state should she look for a Senate run. In an article from June, The Anchorage Daily News described her as both “the most famous Alaskan and nearly invisible within the state.”

It added that while she has a national profile speaking for conservative causes, she has been “almost entirely absent from Alaska politics. ”

Murkowski has fallen foul of the GOP after she voted to impeach former President Donald Trump for the January 6 insurrection. In July, the Alaska GOP backed Kelly Tshibaka for the 2022 Senate race over Murkowski in a 58-17 vote, according to The Hill.

19 thoughts on “Sarah Palin Running for Senate: ‘If God Wants Me to Do It, I Will’”