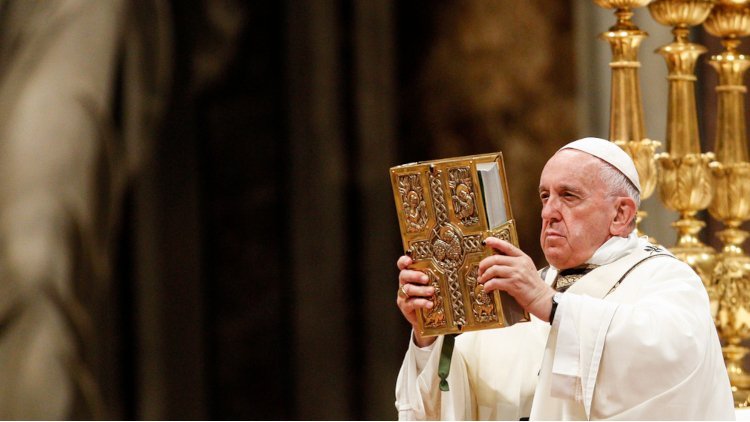 Pope Accepts Resignation From Bishop Who Masturbated on Video Call

Tomé Ferreira da Silva had been bishop of the Diocese of São José do Rio Preto, which covers more than half a million Catholics in the state of São Paulo. The Vatican announced his resignation Wednesday.

Ferreira, who has been investigated by the Vatican previously, has said the man in the video is indeed him, according to Brazilian media. He said he believed it was released by someone he lives with, and he has reported the matter to local police.

In 2018, the Vatican looked into allegations that Ferreira had ignored reports of sexual abuse in the dioceses “and had exchanged sexual messages with an adolescent,” the Associated Press notes. He then gave up his position as coordinator of the Ribeirao Preto archdiocese, of which São José do Rio Preto is part, but remained bishop. He said his resignation as coordinator was due to personal considerations.

Also, in 2015, he was “accused of taking a large amount of money from the church and giving it to his driver, with whom he allegedly had a romantic relationship,” according to the AP. He said none of this was true.

The Vatican’s process of removing bishops normally takes months or even years, but it acted swiftly in the case of Ferreira, likely because the video was “the final straw” after the previous allegations, the AP reports. The Catholic Church has often been accused of being too slow to take action on sexual abuse by clergy members.

It has remained intolerant of gay priests, and clergy members take a vow of celibacy, promising to refrain from sexual activity with people of any gender. And faithful Catholics are expected to engage in sex only within heterosexual marriage. Francis has sometimes struck a welcoming note toward LGBTQ+ people but has made clear the church still considers same-sex relationships a sin.