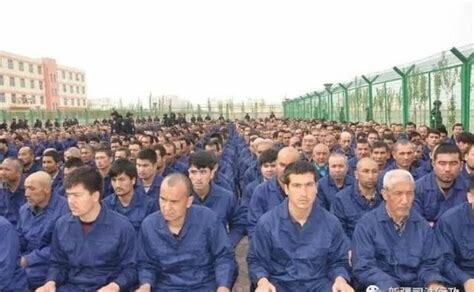 Nike closed its corporate offices last week to provide employees a week-long, paid “mental health break” ahead of the company’s September return-to-office plans, while continuing to use forced Uyghur labor to manufacture its products in Chinese factories.

According to a LinkedIn post from Nike’s senior manager of global marketing science Matt Marrazzo, the company’s headquarters were “powering down” beginning last week.

“Our senior leaders are all sending a clear message: Take the time to unwind, destress and spend time with your loved ones. Do not work,” Marrazzo wrote. “This past year has been rough – we’re all human! and living through a traumatic event! – but I’m hopeful that the empathy and grace we continue to show our teammates will have a positive impact on the culture of work moving forward.”

“It’s not just a ‘week off’ for the team… it’s an acknowledgment that we can prioritize mental health and still get work done. Support your people. It’s good business but it’s also the right thing to do,” he added.

Nike later confirmed the one-week break to Business Insider, saying the company’s corporate offices were closed from August 23-30 to “enable employees to enjoy additional time off to rest and recover.”

While proclaiming to care about their employees’ well-being, the company’s “mental health break” seemingly did not apply to the hundreds of Uyghur Muslims forced to create Nike products in Chinese factories. According to a March 2020 report from the Australian Strategic Policy Institute, roughly 600 Uyghur workers from China’s Xinjiang province were employed at Qingdao Taekwang Shoes Co. Ltd, whose “primary customer is the American multinational company Nike Incorporated.”

“The Xinjiang workers are mostly Uyghur women from Hotan and Kashgar prefectures, which are remote parts of southern Xinjiang that the Chinese government has described as ‘backward’ and ‘disturbed by religious extremism,’” the report alleges. “At the factory, the Uyghur labourers make Nike shoes during the day. In the evening, they attend a night school where they study Mandarin, sing the Chinese national anthem and receive ‘vocational training’ and ‘patriotic education.’ The curriculum closely mirrors that of Xinjiang’s ‘re-education camps.’”

Nike released a statement in March, denying that the athletic-wear company sources products from the Xinjiang Uyghur Autonomous Region, while also claiming to be “concerned” about ongoing reports of forced labor in China.

“Nike is committed to ethical and responsible manufacturing and we uphold international labor standards,” the statement read. “We are concerned about reports of forced labor in, and connected to, the Xinjiang Uyghur Autonomous Region (XUAR).”

The company’s track record on forced labor, however, tells a different story. In November 2020, Nike partnered with Coca-Cola and Apple to lobby against the Uyghur Forced Labor Prevention Act, which would have “impose[d] various restrictions related to China’s Xinjiang Uyghur Autonomous region, including by prohibiting certain imports from Xinjiang and imposing sanctions on those responsible for human rights violations there.”

Moreover, Nike CEO John Donahoe defended his company’s relationship with Communist China in a phone call with Wall Street analysts in June, saying that “Nike is a brand that is of China and for China.”

“We have been in China for over 40 years” and the “biggest asset is consumer equity …it’s real, I saw it in my first week on the job,” he added.

Nike did not return The Federalist’s request for comment.