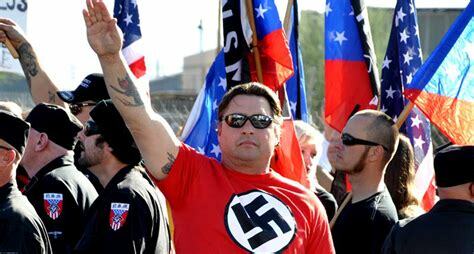 SACRAMENTO (CBS13) — The Natomas Unified School District said it is taking steps to fire the teacher placed on paid leave after allegedly being caught on video claiming he keeps an Antifa flag in his classroom and encourages students to go to protests.

The district said it is taking the legally required next steps to place the teacher on unpaid leave and remove him from the staff.

“I have 180 days to turn them into revolutionaries,” Gipe allegedly said in the video, and later continued, “I have an Antifa flag on my wall. A student complained about that and said it made them feel uncomfortable. Well, it’s meant to make fascists feel uncomfortable, I don’t know what to tell you.”

The district said the evidence gathered so far shows the “teacher violated the district’s political action guidelines.” All signage and posters have reportedly been removed from the classroom and the district said it believes the best course to rebuild the learning environment is a fresh start.

“There is no excuse for communism on American soil,” explained Natomas resident, David Aria. “The principal, the vice principal and the board has to go.”

Frustrated families flooding Wednesdays Natomas school board meeting looking for immediate action. Angry parents in the dozens are concerned with what their students are being taught.

“Not only does his termination need to be taken effective immediately but I believe a criminal investigation needs to happen,” said one parent during public comment.

“This does not begin and end with him. He was enabled for years. Complaints were filed and nothing was done,” said parent, Richard Gilbert.

Parents like Monique Hokman calling for a full investigation into the teacher and district and changes in policy. Parents are also concerned with claims made by Gipe that he is not the only teacher that is teaching his viewpoints inside the classroom.

“I have a problem with people teaching our kids things without our knowledge,” said Hokman. “The one teacher is not just the problem, we would like to see some steps that are going to protect all our children now and all the ones that are coming up in the future.”

The classroom controversy stopped abruptly in the middle of public comment. A lawyer representing the district said the meeting was stopped because of lack of decorum and would be rescheduled for a later date.

Board members left the meeting out of the back side of the building. The boards actions prompted some in the meeting to run after them and leaving parents still looking for action.

“It really comes down to accountability, who is monitoring the classrooms,” questioned one parent.

Around 100 people attended a school board meeting Wednesday evening to protest and for public comment.

Parents called for a full investigation and for Gipe to be fired. They also called for a change in district policy to prevent this from happening again.