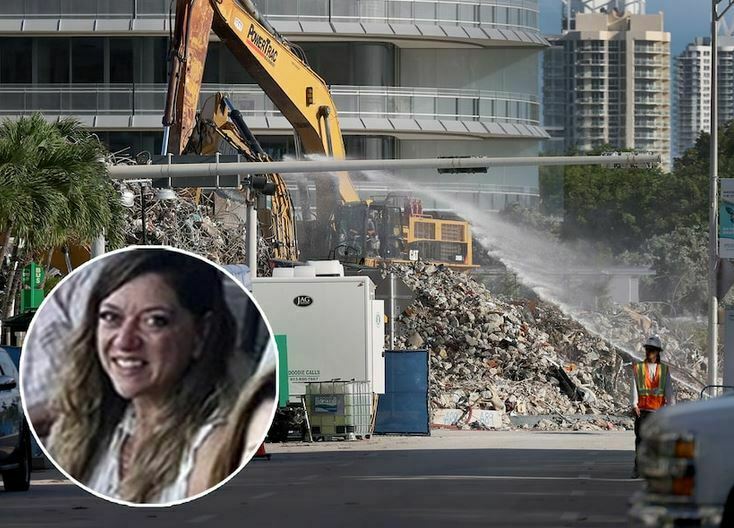 The site of the Surfside condo collapse in Miami has been fully cleared — but one person is still missing.

97 victims of the tragedy have now been identified. But 54-year-old Estelle Hedaya is the only person unaccounted for.

Miami-Dade Fire Chief Alan Cominsky confirmed to the Miami Herald that all searches at the collapse site have been completed, and that “as of now, there is no additional debris to be removed from the original site.”

“We do not anticipate any further human remains to be found at the original site,” he said.

Hedaya’s family is now waiting as the recovery crew turn their attention back to the collection site, where they will re-sift through the debris in search of human remains they may have missed.

“They’re continuing to do everything that they can to be as thorough as possible in the search for any additional remains to bring closure to families,” a county spokesperson told the outlet.

Replacement sniffer dogs will be brought in, as rescue teams level out 26 million pounds of concrete and debris into piles 2-3 feet high as they search for the final victim.

The last two bodies found buried in the rubble were also identified this week, including Hedaya’s close friend and fellow New Yorker, Linda March. Hedaya lived on the sixth floor, while March was renting out the penthouse of the building where they first met.

March, a 58-year-old real estate attorney, had moved from Manhattan to South Florida just a few months before the collapse. She thought the nice weather would help her recover after battling Covid. She decided to rent the apartment at the Champlain Towers for a year before deciding if she would buy.

“The weirdest thing about this whole thing is that Estelle’s best friend in the whole building is Linda,” Hedaya’s boss, Joe Murphy, told AP.

“Friends in life and souls in death,” the women’s friend Leah Sutton added. “Maybe Linda and Estelle are showing the way to heaven to all the other victims.”

A judge also announced that the victims and families would receive a minimum total of $150 million in compensation. This does not include the more than a dozen lawsuits already filed, which are to be consolidated into a single class action.