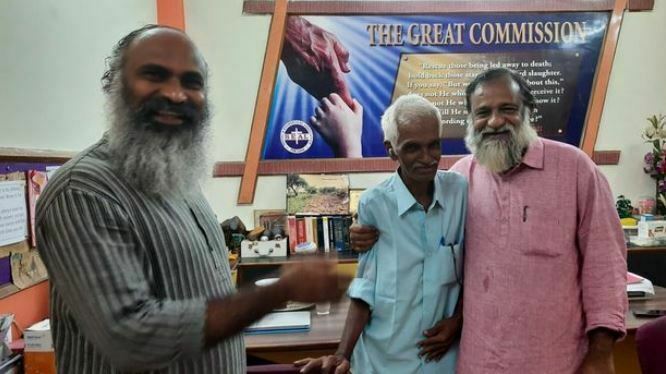 A man that was believed to have died in a plane crash 45 years ago has come back alive and well.

Sajid Thungal will now reunite with his shocked wife and family after he allowed them to believe he had been killed in a plane crash.

The 70-year-old left his hometown of Shasthamkotta in India in October 1976 to support his family by working in the Persian Gulf.

However, disaster struck when one of the engines on his Indian Airlines flight from Bombay to Madras caught fire, killing 95 people on board.

Sajid’s parents, four sisters and three brothers believed he was among the dead. But in reality, he had traveled to Abu Dhabi where he got a job promoting Indian culture overseas and organizing screenings of Malayalam movies.

He returned to India in 1982, moving to Mumbai to set up a business.

But after relying on multiple jobs to keep himself and his business afloat, he was afraid to see his family over the fear of being seen as a failure.

He wanted to wait to be a success before reaching out to them.

“Well, if people hadn’t looked after me, I would have died without meeting my family again.”

In 2019 Sajid met pastor KM Philip, who runs the Social and Evangelical Association for Love to reunite families with their loved ones. After learning of the extended separation of the family, Philip sent a social worker to Sajid’s home to find them.

Sajid’s dad died in 2012, but his mother Fatima Bibi, 95, his wife Jamila and brothers Aziz and Mohammed Kunju are all alive and well.

They were stunned to find out that their long-lost loved one was living in Dubai.

Philip said, “When I met him [Sajid], he was mentally disturbed and it took him plenty of time to reveal about his family.”

Mohammed will be traveling to Mumbai to see his brother for the first time in almost five decades.

I had been to pillar to post in search of my brother,” he said. “I had flown to UAE to know the whereabouts of my brother.”

The family plans on making the homecoming into a festival and they won’t be letting him out of their sight once he is home safe.