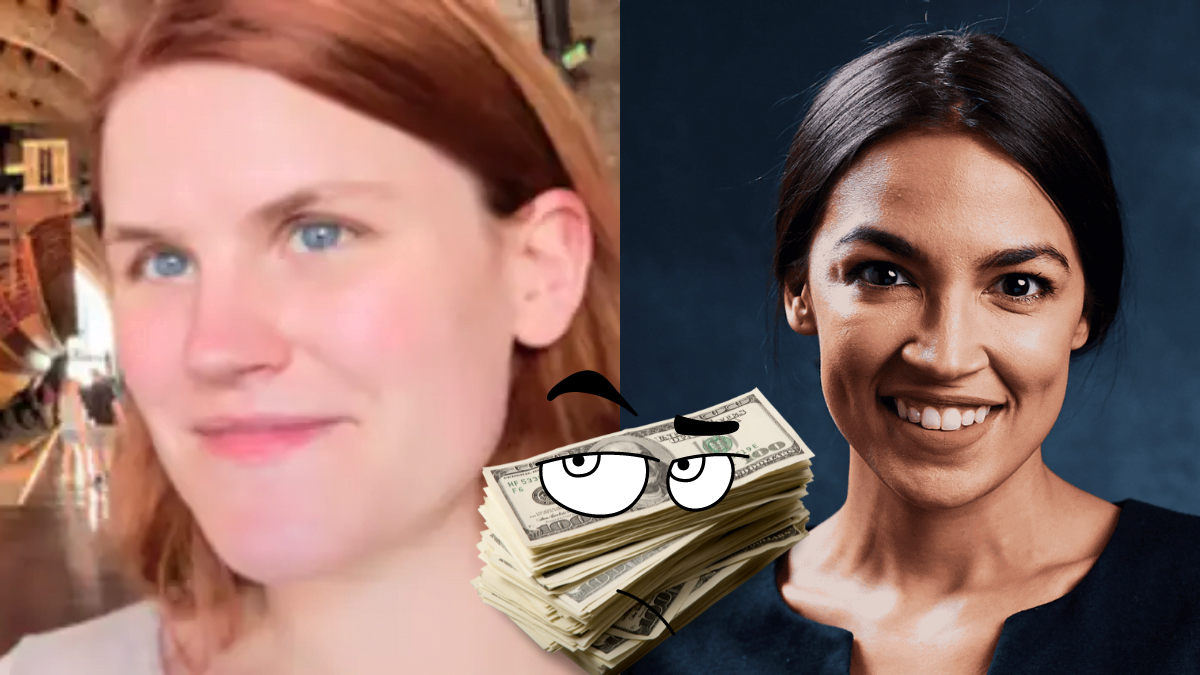 A simple search reveals that Haugen, who previously worked for other tech giants Google and Pinterest, has made more than 40 donations to Democrats totaling more than $2,000 since 2015. She has frequently contributed to ActBlue and the Democratic Senatorial Campaign Committee, and in January 2020, she gave money to the congressional campaign of radical Democrat Alexandria Ocasio-Cortez, plus another contribution to AOC’s “Courage to Change” political action committee, according to The Daily Wire. Below is just a sampling:

Although Haugen had money to throw at AOC’s campaign, that same month she had enough in unpaid taxes that a $44,000 federal tax lien was placed against her, The Daily Wire also reported, noting that the lien was released earlier this summer.

Now the so-called whistleblower’s lawyers, who are otherwise working pro bono, are trying to raise $100,000 through GoFundMe allegedly to pay for their legal expenses.

This brings up another partisan snag for Haugen, whose lawyers are Whistleblower Aid — a group co-founded by John Tye and Mark Zaid. If Zaid’s name sounds familiar, it’s because he was part of the legal team, led by Andrew Bakaj, that represented the fake “whistleblower” whose complaint about then-President Donald Trump’s Ukraine phone call (a call about which the whistleblower did not have firsthand knowledge) catapulted the administration into a sham impeachment.

The whole Ukraine “whistleblower” debacle was fraught with deceit, such as his secretly meeting with Democrat members of Congress before filing his complaint with the intelligence community inspector general — a fact that House Intelligence Committee Chairman Adam Schiff lied about. Corrupt media also worked with Democrats to conceal the identity of the so-called whistleblower, although RealClearInvestigations identified him as Eric Ciaramella, one of then-presidential candidate Joe Biden’s top Ukraine advisers.

This would have been a problem for Biden, of course, since the whole reason for Trump’s infamous phone call was to encourage Ukraine to investigate how when Biden was vice president, he had bribed Ukraine to fire the prosecutor investigating his scandal-ridden son Hunter Biden’s company — a bribe Joe Biden later bragged about.

Haugen’s 15 minutes as the Facebook “whistleblower” thus bears a resemblance to the Ukraine situation. She carefully leaked Facebook documents to the press while working with Zaid as well as Tye and Bakaj, who both used to work for prominent Democrats. Now she’s receiving “strategic communication guidance” from former Obama aide Bill Burton’s PR firm Bryson Gillette, which The Daily Wire described as “helmed by a raft of Democratic operatives.”

On Tuesday, Haugen testified before a Senate hearing at least in part to gain congressional support for more Big Tech censorship. She alleges that the company puts profits over safety by amplifying so-called misinformation — which she said is killing people, a talking point that’s also been parroted by the Biden White House.

“The result has been more division, more harm, more lies, more threats, and more combat. In some cases, this dangerous online talk has led to actual violence that harms and even kills people,” testified Haugen, who has also been quoted making woke statements about “bias” and “inclusion” in her previous tech jobs. One science conference praised her for “specifically driving Pinterest’s recent change to give users the option to filter searches to specific skin tones.”

Haugen’s lawyers have filed eight complaints about Facebook with the Securities and Exchange Commission, including the company’s ineffectiveness at removing hate speech and lamenting that Facebook didn’t deploy “lasting counter-measures” or sufficiently fight so-called misinformation, right-wing extremism, and violence regarding the 2020 election and Jan. 6 riot.

In July, White House Press Secretary Jen Psaki announced that due to a handful of unnamed people on social media posting what the Biden administration considered to be misinformation, the White House is actively “flagging problematic posts for Facebook that spread disinformation” and “helping” to “boost trusted content.” She went on to say nothing is “off the table” for using Big Tech to quiet opposing views.

When a reporter asked Biden that same week what his message is to sites like Facebook, the president replied, “They’re killing people.”