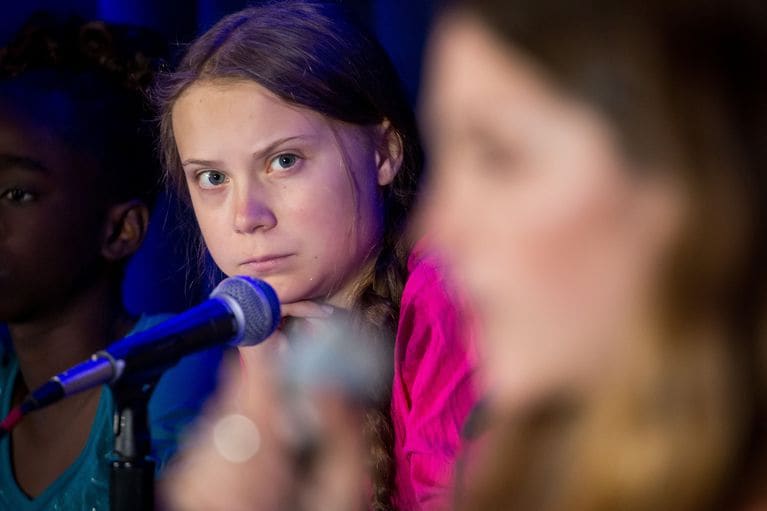 It seems like an impertinent question – and to some, completely out of bounds.  Thunberg, the 16-year old “It Girl” of the global climate change movement, suffers from Asperger’s Syndrome, a condition that is often described as “high-functioning” autism, a sometimes crippling communications disorder.

Autism itself is not considered a mental disorder, or even a developmental “disability.”   It is often pointed out that those with autism, even in its severe form, have unusual creative gifts – to draw, or to work with numbers, for example.  And Asperger’s sufferers, who frequently demonstrate advanced analytical skills and intelligence, are sometimes touted as near “geniuses.”

But the fact is, Asberger’s or AS, is no happy condition. It is closely associated with mental illness, including depression, manic-depression, anxiety, and obsessive-compulsive disorder.   While many questions remain, researchers have confirmed these “co-morbidities” – or “co-occurring disorders — over the past fifteen years.  They also note that it is not always easy to detect these other conditions because AS may well “mask” them.  For example, social withdrawal and appetite and sleep disturbance are characteristics of both AS and depression.

AS sufferers, once diagnosed – and Thunberg’s early diagnosis, especially as a young woman, is somewhat unusual – can develop coping and “camouflaging” strategies to disguise their discomfort with social interaction and feelings of isolation and “apartness” from others.  But there are underlying deficits that are difficult to overcome, even with the warmth and support of parents and counselors.

A deep capacity for empathy, for example, tends to be lacking in those with AS.  It isn’t sociopathy or a destructive lack of care or concern for others.  It’s simply that people with AS suffer from a profound neurological “deficit” in this area.  They don’t have the “empathy circuits” in their brain to relate to others in a profoundly sympathetic way, to understand, “process” and share in others’ feelings as their own.

This may well have been a factor in the ability of Adam Lanza, an AS sufferer, to carry out such remorseless mass killings at a school in Newton, CT.  Lanza had a doting mother but no father and seemed lost in his own home-bound world, angry and depressed, as well as deeply isolated.  I’m certainly not suggesting that Thunberg is capable of a similarly depraved act, but it does raise questions about the often profound lack of connection between AS sufferers and the world around them, and their capacity for asocial behavior, appearances notwithstanding.

Research suggests that various kinds of therapy – everything from traditional cognitive-behavioral therapy to art and animal therapy — can help if only because AS sufferers can start to model the kinds of emotional and behavioral reactions characteristic of “neuro-typical” adults.

We don’t know Thunber’s history of AS and individual cases can vary quite a bit.  She is one of the lucky ones in that she was diagnosed early and has been encouraged to embrace her condition and view it as a potential asset.

Thunberg herself refers to AS as her “Superpower” suggesting that it may give her unique insight and perspective.  But she hasn’t shared with the world additional details about her experience with the condition, and this should concern us all.

Is it wrong for critics, especially conservatives, to disparage – and therefore, dismiss — Thunberg as “mentally ill,” as Michael Knowles infamously did on his podcast last month, leading Fox News to rebuke him?  Perhaps, but there is room for legitimate inquiry about how Thunberg’s AS affects her life outlook and aspirations as well as her obvious near-obsession with climate change.

Obsession is one of the most notable characteristics of those with AS.     The National Institute of Neurological Disorders and Stroke, which calls AS a “developmental disorder,” notes that “the most distinguishing symptom of AS is a child’s obsessive interest in a single object or topic to the exclusion of any other. Children with AS want to know everything about their topic of interest and their conversations with others will be about little else. Their expertise, high level of vocabulary, and formal speech patterns make them seem like little professors.”

We can certainly see some of these obsessive characteristics on display in Thunberg’s speech before the United Nations — and in the manner in which she is carrying her mantle as a spokesperson for the climate change movement.  How much does she actually know about the highly politicized science that claims to support her movement?  Has she studied the issue in detail or is it mainly a profound emotional attachment for her?  Is she prepared to debate someone of her age that may disagree with her?  Is the media prepared to listen?

Conservatives probably need to tread lightly here.  But they don’t need to kowtow to Thunberg’s liberal defenders who seem to think that questions about her condition are simply off-limits.  There is a disturbing tendency among liberals to treat anyone with a distinctive “minority” condition – be it racial, sexual or in this case, neurological – as an exalted class of people that are somehow superior to the White male, heterosexual and neurotypical “norm.”

Thunberg is wearing her AS as a badge of sorts – even insisting that it gives her special legitimacy, perhaps.  It doesn’t.  And since she’s decided to raise the issue, perhaps to pre-empt and deflect criticism, it is also fair game.

As the world learns more about Thunberg – assuming we do – she needs to tell us more about her AS and its role in her life.  Despite her obvious quirks and the shameless pandering to her by so much of the global media, she may soon become a role model of sorts.

But for what?  I suspect that in a world that is still learning about the endless complexity of the brain, she may end up teaching us far more about AS than about the horrible ways she suggests we adults have “stolen” her “dreams.”