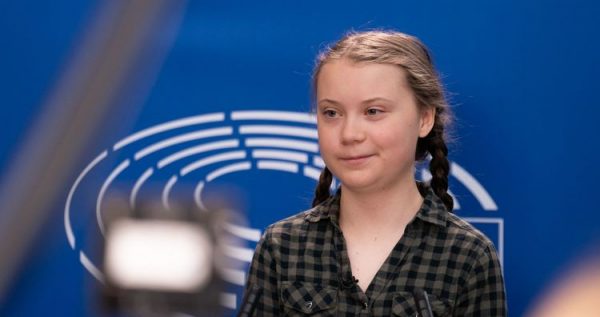 Is Greta Thunberg an Alien?

“Climate Kid,” Greta Thunberg is the darling of the liberal media and an internet sensation, but is she something more than a thorn in the side of conservatives?

Some would think so, in fact, some think that she “knows so much about climate change and the fate of the Earth,” because she is a time-traveling alien!

A photo has recently been making the rounds on the interwebs, which is estimated to have been taken about 120 years ago, featuring a girl that looks almost exactly like Greta Thunberg. See for yourself — the resemblance is striking.

The photo is real, and un-doctored, and can be found in the digital collection of photos at the University of Washington.

Most experts say it is merely a case of commonalties of faces, but others are suggesting that if Thunberg is some kind of immortal 120 year old alien, or a time traveler, it could explain how and why a child wound up speaking at the United Nations and how she become world famous practically overnight.

This is not the first time that this has happened with a celebrity. Every now and then an old photo pops up that looks like someone famous, with Nicolas Cage being one of the most notable examples of this phenomenon.

So what do you think, is Greta Thunberg just a kid being used to advance a liberal agenda, or is she a “Dr. Who”- like emissary from an alien race, sent here to stop us from destroying ourselves? Reply using the comments below!

45 thoughts on “Is Greta Thunberg an Alien?”