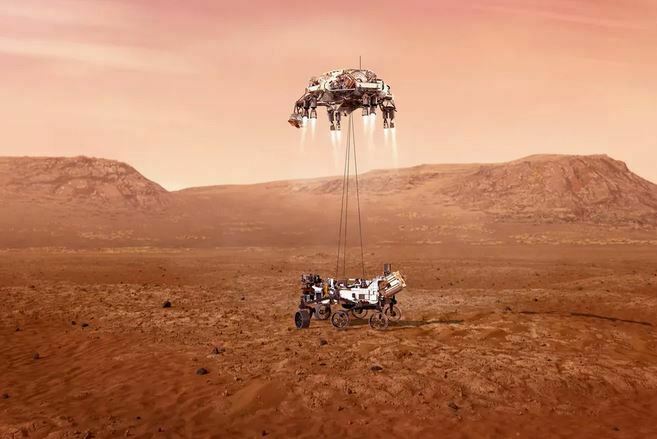 Humans Can Reproduce on Mars After New Discovery

Scientists have recently discovered that sperm can potentially survive on Mars for hundreds of years. This means that humans would be able to reproduce on Mars in the future.

“These discoveries are essential for mankind to progress into the space age,” lead research author Professor Sayaka Wakayama, a scientist at Japan’s University of Yamanashi, said about the study.

To make the discovery, scientists studied the effects of radiation on a batch of mouse sperm that had been freeze-dried and stored on the International Space Station for six years.

Scientists had previously thought that space radiation would destroy sperm, which would make reproduction impossible.

But a new analysis revealed that the mouse sperm was perfectly healthy after being exposed to space radiation.

“Many genetically normal offspring were obtained,” said Wakayama. The team estimates that freeze-dried sperm could last aboard the ISS for up to 200 years.

These findings could be a major step forward in our goal of creating life on another planet, something that scientists say is increasingly important in light of dwindling resources, the Science Times reported.

“When the time comes to migrate to other planets, we will need to maintain the diversity of genetic resources, not only for humans but also for pets and domestic animals,” Wakayama said.

Sperm isn’t the only thing that would be able to survive the vacuum of space for extended periods of time. Tardigrades — also known as “water bears” — can reportedly live for 30 years without food or water and endure temperatures of 302 degrees Fahrenheit. Researchers believe that these microscopic superheroes could survive on other planets as well.

20 thoughts on “Humans Can Reproduce on Mars After New Discovery”