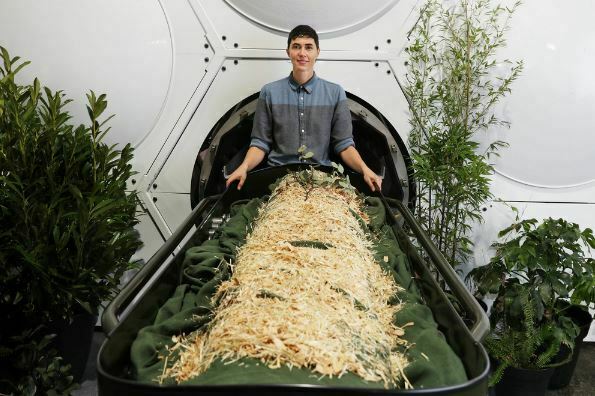 At the age of 50, Nina Schoen expects to have many more years of life. But the Seattle-based project manager has thought a lot about death, and more specifically, why people don’t like to talk about it. “It’s going to happen to all of us,” she says, “but it should be a more positive experience than the fear we infuse into it.”

Schoen says she was “really moved by the idea. It just felt right.” She was one of the first to reserve a spot with a Seattle-based company called Recompose, the country’s first funeral home to offer human composting.

“I love the idea of helping other life,” Schoen said. “Is it a tree? A flower? Whatever – go thrive. I’ll have had my turn. After my death, it’s their turn.”

Last year Recompose started transforming human bodies to soil. After Washington became the first state to legalize the practice of human composting, also called natural organic reduction. Before that, the only end-of-life options in the U.S. were burial or cremation, both of which have huge environmental costs. U.S. cremations alone dump 1.7 billion pounds of carbon dioxide into the atmosphere each year.

This spring, Colorado and Oregon have also legalized composting human remains. Similar bills are expected to pass later this year in New York and California. At the front of the composting movement is the founder of Recompose, Katrina Spade. She has spent 10 years developing the process and she is leading the push to legalize it everywhere in hopes of offering people an environmentally friendly option at death.

“I wondered, ‘What if we had a choice that helps the planet rather than harms it?'” Spade told PEOPLE in this week’s issue. “To know that the last gesture you’ll make will be gentle and beneficial just feels like the right thing to do.”

Spade first thought of the idea as a graduate student in architecture at the University of Massachusetts. She grew up in rural Plainfield, New Hampshire. Her mother was a physician’s assistant and her father was a doctor, so “we were always pretty frank about death and dying,” Spade says, now 43. “We talked about it with a comfort level that was maybe a little atypical for U.S. families.”

After Spade had two sons, she started wondering what she should do with her body after death. A friend who was aware of her interest in the topic informed her that farmers sometimes compost the carcasses of cows. That sparked an idea for Spade’s thesis: “If you can compost a cow, you can probably compost a human,” she thought. So she designed a facility to do just that.

That project started as a non-profit venture, The Urban Death Project. Spade worked with engineers and forensic scientists to study the idea more in depth. By 2017, she formed Recompose.

Since the company opened operations on December 20, 50 bodies have started the composting process, at a cost of $5,500 per person. 25 of those have been fully transformed into soil. Over 775 people have already signed up for the company’s pre-pay membership, Precompose.

After death, a body (which cannot be embalmed, but can be refrigerated for viewing purposes) is received at the Recompose facility. It is then placed in an 8 feet by 4 feet steel cylinder along with alfalfa, wood chips, and straw. After 30 days, natural microbes break down the remains – including teeth and bones – into a soft compost that is “genuinely good for your garden,” says Spade.

After another few weeks of aerating the soil, it’s ready to be picked up. Most loved ones choose to take home a small amount of compost – 64 ounces – and donate the rest to help reforest Bells Mountain, a nearby land trust that has a partnership with the company.

“You rejoin the natural cycle,” says Spade. “And to me, that’s incredibly beautiful.”

Recompose, which is planning to open three additional locations next year (in Colorado, California and a second in Seattle), has attracted high-profile investors like The Handmaid’s Tale author Margaret Atwood. However, the composting movement has seen some push-back, notably from Catholic groups arguing that the process doesn’t promote human dignity.

Composting “is more appropriate for vegetable trimmings and eggshells than for human bodies,” the New York Catholic Conference wrote in a statement. But Colorado state Rep. Brianna Titone, who co-sponsored that state’s bill, says she’s had overwhelmingly positive feedback.

“This is about giving people another choice,” Titone says. “At first, people react with shock – ‘You really can do that?’ But so many people today are looking at their impact on the Earth. This is a popular thing because when you die, you can give back to the planet.” 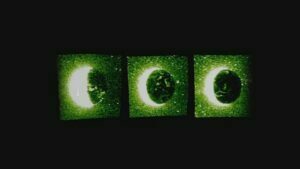 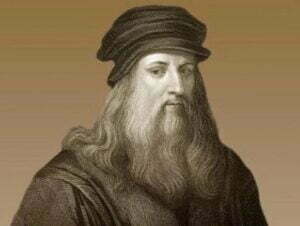 Did Scientists Just Solve the Mystery of da Vinci’s DNA? 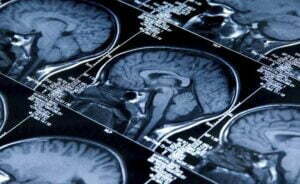