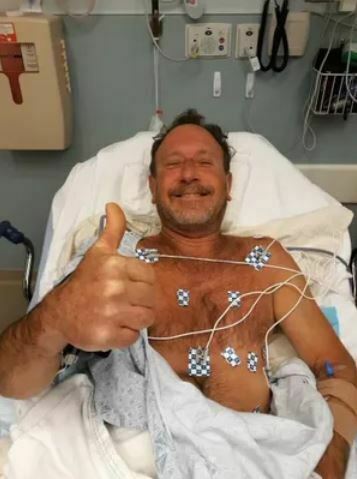 How This Diver Survived Being Swallowed By a Whale

A Massachusetts lobster diver survived being swallowed and spit back out by a humpback whale off the coast of Cape Cod. The man apparently spent 40 seconds inside the mouth of the large creature.

The diver, Michael Packard, said it all happened in the blink of an eye as he was swimming in about 45 feet of water and suddenly realized everything turned dark in an instant. At first, Packard thought he was attacked by a shark. But then he realized he was not in any pain.

It was then that he realized he was inside the mouth of a whale. Packard struggled to find his breathing regulator, fearing he would run out of air and suffocate. But just moments later, the whale changed its mind.

“A humpback whale tried to eat me. I was in his closed mouth for about 30 to 40 seconds before he rose to the surface and spit me out. I am very bruised up but have no broken bones,” Packard told WBTS.

Packard said that during those terrifying moments, all he could think about was his two young sons and possibly dying inside the whale before he was rejected as a meal.

“I could sense I was moving,” he told the Cape Code Times. “I could feel the whale squeezing with the muscles in his mouth.”

Packard was released from Cape Cod Hospital in Hyannis. He left with bruises and one heck of a story.