A leader of the far-right Proud Boys claims he was one of four people stabbed after being “jumped by Black Lives Matter” early Wednesday in Washington, DC — but cops said that’s speculation and the protest group called the allegation “LIES.”

Enrique Tarrio told the Gateway Pundit that he was slashed in the stomach, while “multiple other members” were injured, including a man stabbed in the neck and a woman with them stabbed in the back.

The group said they were heading home after watching the election at a DC bar when they were jumped and knifed just blocks from the White House.

Livestreamed video caught part of the scuffle — with one man walking back to the videographer and saying, “I’m bleeding.”

After the attackers fled, Bevelyn Beatty — a black woman who previously dumped paint over the Black Lives Matter mural outside Trump Tower — was seen holding her lower back, saying, “They stabbed me.”

“We just got jumped by Black Lives Matter and they just stabbed Bevelyn Beatty,” Loh said in her video, which showed a trail of blood on the sidewalk.

Moments later, Loh went up to the man seen clutching his neck at the start of her clip — suddenly gasping, “Oh my God, you’ve got tons of blood coming out of your neck!”

“Yes I do!” said the panicked-sounding man, still clasping the wound.

The group flagged down police and medics, telling them, “We just got jumped by Black Lives Matter here.”

DC police said early Wednesday that they were looking for two men dressed all in black as well as a woman wearing black sweatpants, orange leggings and a dark gray coat — and “armed with a knife.” 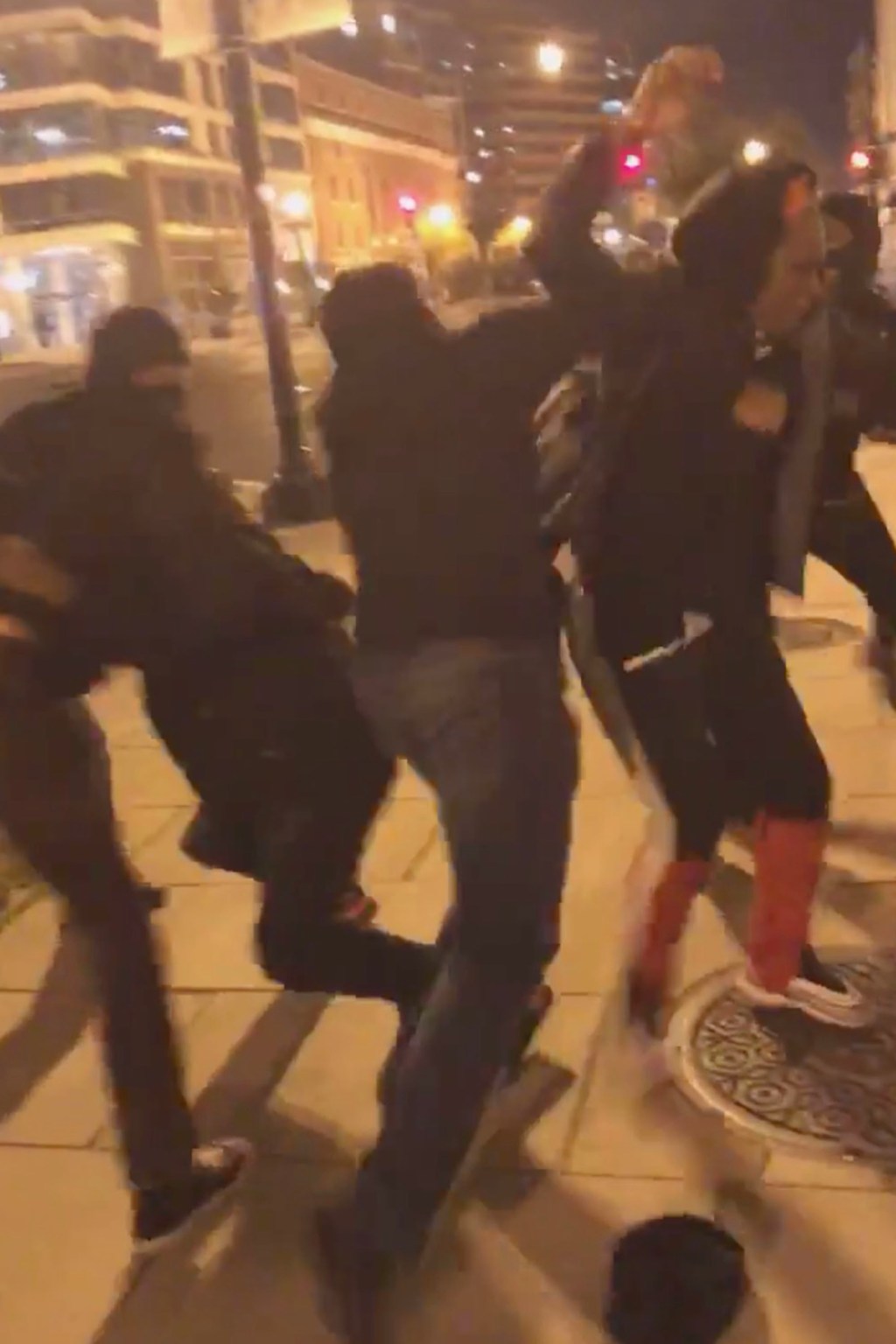 Loh told Storyful that the attackers appeared to target Beatty. “If it wasn’t for the three or four Proud Boys that were there, she would have been stabbed and really brutally beaten had they not saved her from the attack,” Loh told the agency.

Tarrio told the Gateway Pundit that the injuries were “very serious, but not life-threatening.”

“Bevelyn got stabbed as well as two Proud Boys and the guy they were attacking. I got slashed, but it’s not serious,” he said.

The protest group had “nothing to do with these stabbings,” BLM DC tweeted. “Shame on [Chief of Police Peter Newsham] and [DC Police] for sharing false information,” the group said.

The force changed its account and told WUSA9 that it could no longer confirm the suspects were affiliated to BLM, the station said.

A press release later also stressed that officers “cannot verify any specific affiliation of the suspects.”

5 thoughts on “Four Proud Boys Stabbed by BLM in DC?”