Glyphosate – the weedkiller better known by its most-famous brand name Roundup – does not have the best of public profiles.

The subject of multibillion dollar payouts over claims it causes cancer, the world’s most-popular herbicide developed by Monsanto is not known for having too many friends among environmentalists.

But away from lawsuits and petitions, there are concerns among some opponents of Australia’s invasive weeds that glyphosate – a key tool in their armoury – could be taken away from them.

Next week the Invasive Species Council will begin posting and emailing copies of a new report that looks to defend the chemical from what the council fears is a trend towards restricting its use, and even banning it entirely. 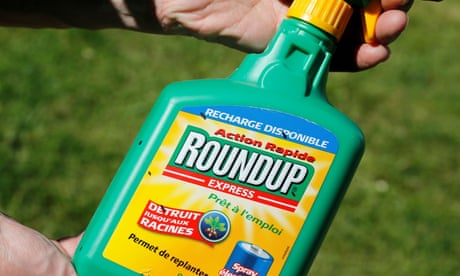 “A ban on glyphosate would have serious environmental consequences,” says the report, seen by Guardian Australia.

A small number of Australian councils – such as Georges River in south Sydney and Fairfield in the city’s west – have already banned glyphosate. So have several countries.

In July 2019, 500 staff at Blacktown city council walked off the job in protest at being ordered to use glyphosate. They returned when the council promised to trial alternatives.

Andrew Cox, the Invasive Species Council’s chief executive, fears that the steady flow of opposition could lead to a flood.

“We’re worried that restrictions are being put in place across Australia without a scientific basis,” he says.

“Weeds are a major threat to biodiversity and without active management to control weeds and stop them spreading, it would threaten our ecosystems.

“Glyphosate is a good herbicide that has lots of benefits to weed control, particularly for environmental restoration projects and land care programs. To not have that tool available will severely hamper those efforts.”

The Invasive Species Council’s report is researched and written by Tim Low, an ecologist and author of seven books.

He says such was the chemical’s reputation, just authoring the report was “the riskiest thing I have ever written”.

But he says he has become worried the chemical was being unfairly maligned in the public eye, as well as in the “left-leaning media”.

Low’s report picks through the scientific research on the chemical, its origins, uses and its criticisms.

Low also charts the herbicide’s recent history, including the fallout from a 2015 declaration by the World Health Organisation’s International Agency for Research on Cancer (IARC) that glyphosate was a “probably carcinogenic”.

The decision to add glyphosate to the agency’s “2A” category, puts it alongside other chemicals that are probable carcinogens, but also alongside other activities in the same category such as consumption of red meat, doing night shifts, working in a hairdresser and drinking beverages hotter than 65C.

Legitimate concerns about glyphosate, writes Low, have been “exacerbated by some wildly exaggerated comments”.

Low writes: “Cancer is such a feared disease that many people might suppose that any cancer risk is reason to ban a chemical. But today’s world abounds in carcinogens.” 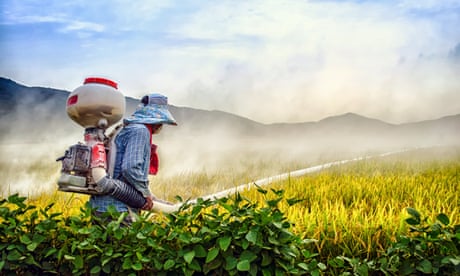 The government’s Australian Pesticides and Veterinary Medicines Authority carried out an assessment of glyphosate after the IARC listing. About 500 products containing glyphosate are registered for use in Australia.

The agency said after the assessment it would monitor emerging science closely, but concluded “there are no scientific grounds for placing glyphosate and products containing glyphosate under formal reconsideration”. It said the weight of evidence showed “exposure to glyphosate does not pose a carcinogenic or genotoxic risk to humans”.

The agency is not alone in pushing back against the IARC’s finding. A review from the United State’s government’s EPA found “there are no risks of concern to human health when glyphosate is used in accordance with its current label”.

The EU’s European Chemicals Agency also found no reason to classify glyphosate as a carcinogen, although it could cause eye damage and was toxic to aquatic life.

But the chemical continues to make headlines and have strong and passionate opposition, and court hearings are on the horizon.

In August 2018, Monsanto was ordered to pay US$289m ($397m) to a groundskeeper dying of blood cell cancer. Bayer, Monsanto’s owner, is appealing that case, and two others.

In June this year, the German multinational Bayer announced it would be paying almost $16bn to settle claims the firm inherited when it bought Monsanto in 2018.

I don’t know how that evidence can be ignored. It’s an absolute delusion to suggest that you can only control weeds with poison

A class action is also being brought in Australia against three former and current Monsanto companies, slated for a hearing in federal court in March 2022.

Jane Bremmer, a campaigner at the National Toxics Network, said glyphosate was prolific in the environment, dangerous, and court cases around the world had shown the herbicide was carcinogenic.

“I don’t know how that evidence can be ignored,” she says. “It’s an absolute delusion to suggest that you can only control weeds with poison.

“Glyphosate is leaving a toxic load in our groundwater and river systems.”

Bremmer is a volunteer with a group caring for a bush reserve on the Swann River on Perth’s outskirts without the use of chemicals. They prevent weeds growing by using organic products, covering areas to block sunlight and mechanical and hand weeding, she says.

Glyphosate and other chemicals are poorly regulated because of the power of the petrochemical industry, she says.

Peter Dixon is a board member of the Australian Association of Bush Regenerators (AABR) – a group with more than 700 members promoting ecological restoration.

He says they are a pragmatic bunch of people who know their way around the differences between a hazard (like a shark) and a risk (the chance of being bitten).

“We all have chemicals in our houses that can kill us, but we mitigate the risk of those hazards through knowledge and processes. It’s the same with herbicides,” he says.

According to Dixon, the group’s members are not worried about getting cancer, but they are worried about moves to ban glyphosate.

Dixon, an environmental consultant and volunteer bush regenerator, has been part of an AABR working group on glyphosate created “to try and counter misinformation” over the herbicide.

On the banks of the degraded Duck River in greater Sydney, Dixon has used the herbicide for years as part of a volunteer bush care group to knock back invasive balloon vine and trad.

Bush regenerators use the herbicide as a spray and also on woody weeds where the plant is cut back and the chemical applied like paint on to the stump. 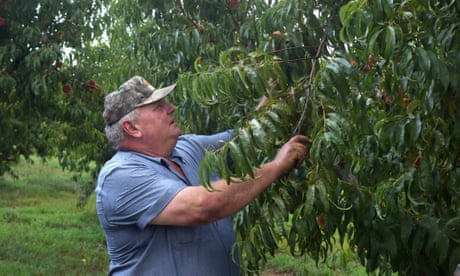 He describes glyphosate as a “critical tool” that can keep invasive weeds at bay on a scale that mechanical measures could not.

He says in bush regeneration, glyphosate is used not as a perennial treatment – like in food production – but in a way that lets native vegetation come back to the point where the chemical isn’t needed any more.

Other available chemicals, he says, have not been as well studied as glyphosate and could turn out to be more toxic or less effective.

“The amount of funding that goes into restoring ecosystems is tiny,” says Dixon.

“It’s possible that without the herbicide glyphosate you would need an order of magnitude more resources to do that work.

“Because of the rate of land clearing and degradation, we can’t afford that luxury.”

2 thoughts on “Environmentalists are Concerned about Banning Roundup”