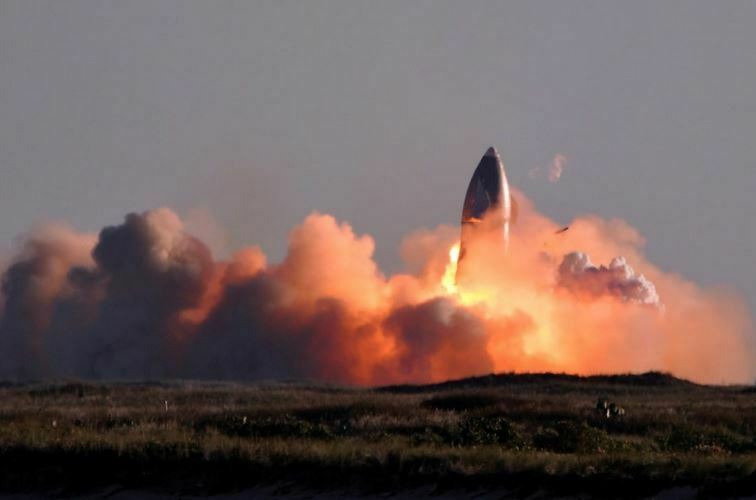 A SpaceX Starship rocket exploded while attempting to land during a test flight.

Elon Musk’s space exploration company was attempting to launch and land one of its Starship rockets, just four weeks after another test ended up in an explosion.

All three previous Starship flights had resulted in what SpaceX calls a “rapid unscheduled disassembly.”

The rocket was launched from their Boca Chica facility in Texas.

The rocket did make it off the ground. The video feed provided by SpaceX cut off at a crucial moment. Video footage from the ground showed debris falling near to where the rocket was supposed to land.

“A high production rate solves many ills. At least the crater is in the right place!” Elon Musk tweeted after the incident.

“Looks like engine 2 had issues on ascent & didn’t reach operating chamber pressure during landing burn, but, in theory, it wasn’t needed,” Musk explained.

“Something significant happened shortly after landing burn start. Should know what it was once we can examine the bits later today,” he added.

SpaceX engineer and broadcast host John Insprucker confirmed that the landing was not going to be successful during a live stream of the test launch.

“Starship is not coming back, don’t wait for the landing, we do appear to have lost all the data from the vehicle and the team of course is away from the landing pad. As always, an exciting time with Starship,” he said.