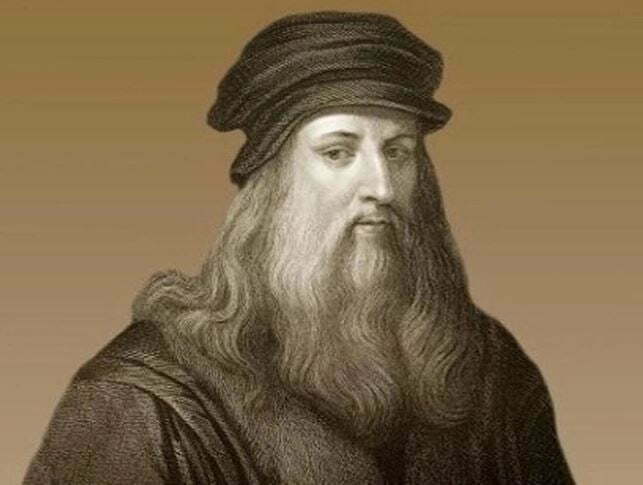 Did Scientists Just Solve the Mystery of da Vinci’s DNA?

Leonardo da Vinci — the great Renaissance artist, inventor, and anatomist — has 14 living male relatives, according to a new analysis of his family tree. This new analysis could potentially help researchers determine if bones interred in a French chapel belong to the Italian genius.

Historians Alessandro Vezzosi and Agnese Sabato have spent over a decade tracing the genealogy of the famed “Mona Lisa” painter. Their map stretches across 690 years, 21 generations and five family branches. It will be vital in helping anthropologists sequence the DNA of da Vinci’s descendants, according to the researchers.

Sequencing da Vinci’s DNA could also give scientists a better understanding of “his extraordinary talents — notably, his visual acuity, through genetic associations,” according to representatives from the Leonardo Da Vinci DNA Project, an initiative that aims to use the genetic information to create 3D images of da Vinci through a process called DNA phenotyping.

Da Vinci was a painter, architect, inventor, anatomist, engineer and scientist. He was primarily self-educated and he filled dozens of secret notebooks with fanciful inventions and anatomical observations.

Along with famous sketches such as the Virtruvian Man, da Vinci would write messages coded into his own shorthand and mirrored back to front to hide his observations from prying eyes. Along with detailed drawings of human anatomy, taken from observations of dissected cadavers, his notebooks contain designs for bicycles, helicopters, tanks and airplanes.

In a new study, Vezzosi and Sabato used historical documents from archives alongside direct accounts from surviving descendants to trace the five branches of the da Vinci family tree. According to the historians, Leonardo was part of the sixth generation of da Vincis.

Researching da Vinci’s family history is difficult because only one of his parents can be properly traced. Born out of wedlock in the Tuscan town of Anchiano, Leonardo da Vinci was the son of Florentine lawyer Ser Piero da Vinci and a peasant woman named Caterina. Research by Martin Kemp, an art historian at Oxford University, suggests that Caterina was a 15-year-old orphan at the time of da Vinci’s birth. At age 5, da Vinci was taken to his family estate in the town of Vinci to live with his grandparents.

When da Vinci died on May 2, 1519, at age 67, he had no known children. His remains were also lost, so there was no reliable DNA to analyze.

Leonardo’s original burial was recorded at the chapel of Saint-Florentin at the Chateau d’Amboise, a manor house in France’s Loire Valley. The chapel was left to ruin after the French Revolution. It was later demolished. Some accounts allege that a full skeleton was exhumed from the site and moved to the nearby Saint-Hubert chapel. However, whether or not the remains actually belong to Leonardo is still a mystery.

The new family tree, which starts in 1331 with family patriarch Michele, revealed 14 living relatives with a wide variety of occupations, including office workers, a pastry chef, a blacksmith, an upholsterer, a porcelain seller and an artist.

In addition, finding fragments of da Vinci’s genetic code could help art historians verify the authenticity of artworks and notes supposedly created by him by comparing his discovered DNA with DNA traces found on the pieces.

The researchers published their findings July 4 in the journal Human Evolution.

28 thoughts on “Did Scientists Just Solve the Mystery of da Vinci’s DNA?”