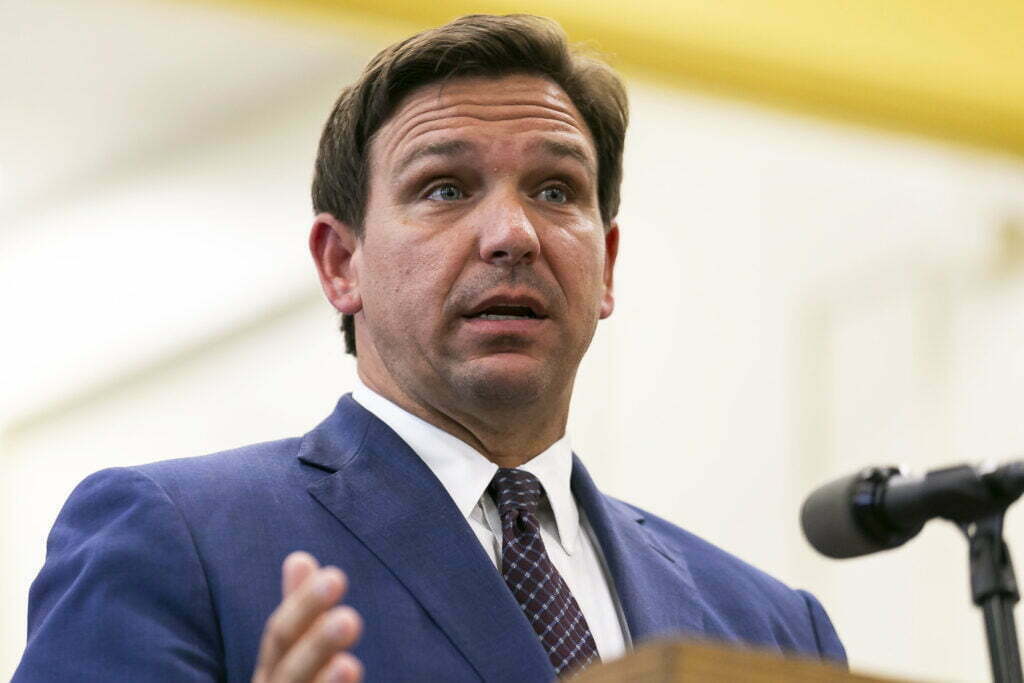 In a previous commentary, I opined that Florida Governor Ron DeSantis blundered when he imposed a statewide ban on masking.  As a conservative, I am very much opposed to the state or federal government imposing a mandatory mask requirement. But I am also opposed to government blocking private business and local governments from taking actions.  As a federated system, we should limit government edicts as much as possible – and when we have them, they should come from the most local government entities, where the people have the most influence.

I was convinced that DeSantis directive was a mistake – philosophically and politically.  It has turned into a HUGE mistake – and one that has temporarily put the brakes on DeSantis’ moment as a leading political contender in 2024.

The backlash has been ferocious.  Of course, Democrats and the left-wing media pounced on DeSantis like jackals on a wounded water buffalo.  That is to be expected.  They have been singling him out ever since his presidential star began to rise.

Unfortunately, DeSantis gave them credible fodder for their political assault. It was an unforced error.  Even worse for DeSantis is the fact that a lot of independents and even Republicans believe that the Florida Governor’s ban on masking was a bad move – bad public policy and bad politics.

DeSantis has created a bit of a crisis for himself.  It is not a big one – and not one that should impact on his future in any way.  Democrats, such as former Democratic National Committee Chairman Howard Dean, are trying to put a final nail in DeSantis political coffin.

Dean believes – or at least wants voters to believe – that DeSantis now has a self-inflicted politically fatal blow.  “I don’t think DeSantis could carry Florida if he ran for president right now,” Dean said.  Of course, DeSantis is not running for President “right now” – and there is a lot of time between now and Election Day 2022.  This issue will not be on the minds of the public – and Dean knows that.

But it is still better for DeSantis to defuse the issue sooner rather than later.  He needs to go into a crisis management mode.  It would be a good experience for any more serious crisis that may lay on the road ahead.

There are certain actions that must be taken to diminish the impact of a crisis.  It is important to understand that the public can be very forgiving of a blunder if you handle it correctly – and quickly.

DeSantis already missed his first opportunity to make a course correction.  He should have reversed his decision and terminated his order. He could have said something like, “Upon further consideration, I think it would be better to let the local officials use their best judgment.”

DeSantis would inevitably be asked why he changed his mind, and he could have said, “I really took a deeper look at the situation and the proper role of the state.  I thought … what if President Biden had attempted to impose a mask mandate on Florida – or refused to allow us to handle the matter as we see fit.”

DeSantis could then say that he wants “to leave the response to local masking and vaccination decision to the people most involved.  If they support mandatory masking in schools, so be it.  If they oppose, they can express their influence through protests – or in the next election.”

That would have immediately blunted the criticism from the left.  The public would have accepted DeSantis’ admission that he made a wrong decision – and immediately corrected it. The story would not have had legs – as the expression goes.

But DeSantis initially doubled down and threatened funding to the schools if they did not comply. Threatening the schools’ funding – and seeming to lack concern for the well-being of students – heightened the controversy.

Not only has DeSantis allowed the controversy to begin and grow, but there now will be continuing left-wing media reports about sick kids and even deaths that will keep circling back to the Governor’s decision – fairly or not.

While this is not a major stumble – despite what some Democrats say hopefully — it does show that DeSantis has to up his game as he moves forward down that presidential pathway.

57 thoughts on “DeSantis Needs a Lesson in Crisis Management”