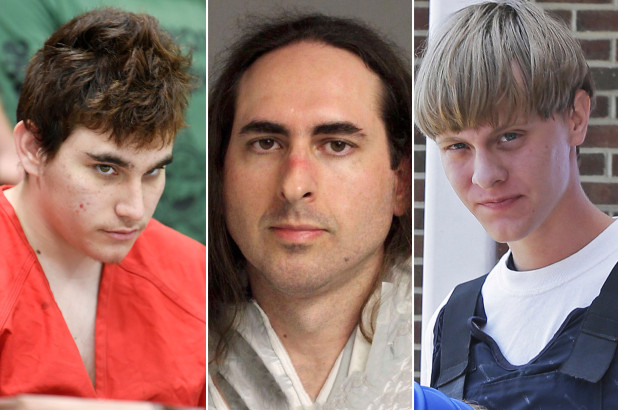 Not much is known yet about Nathaniel Berhow, the 16-year old high school student who shot 5 of his classmates in Santa Clarita, CA on Thursday morning before turning the gun on himself.

But one thing is almost certain:  He didn’t have a Dad.

Over the past decade, when a troubled boy has vented his rage with a gun on his school-age peers, he’s invariably been raised in a home without his biological father present.

Adam Lanza, the boy with Asperger’s Syndrome who killed some 20 innocent children at an elementary school in Newtown, CT in 2012, was living at home with his mother at the time.

Nicholas Cruz, the 19-year old who killed 17 students at Marjorie Stoneman Douglas High School in Parkland, FL in 2018, had recently lost his mother, the only parental figure in his life since his father died at age 5.

And the father of another killer, 6-year-old Dedrick Owens, the country’s youngest school shooter ever, was in jail when his son killed his first-grade classmate.

There are exceptions.  In fact, it would be more accurate to say that about three-quarters of all mass shooters came from broken homes, and in nearly all of these cases there was no father present in the household.

Fatherlessness impacts a son’s life – and his propensity to aberrant behavior — in at least two key ways.   One is through sheer “presence.”  A home with a father is more likely to be one that provides guidance and discipline for a growing boy.  A mother’s doting love may be far too indulgent when a boy reaches adolescence and his primal impulses take over.

If nothing else, a single parent, especially one that works all day, doesn’t have the time to oversee her son’s activities much less respond to his emotional and psychological needs.

But another factor is the distorted identity formation that can result from fatherlessness. A boy comes to know himself better through his interactions the feminine and masculine influences in his life.  In adolescence, bonding with Dad or a powerful male figure helps mentor boy into his own full adulthood.

Take that away and a boy may doubt what his own manhood amounts to.  And if the same boy also feels that his own father somehow abandoned or rejected him – a feeling his mother may actually encourage, for selfish reasons — he can find himself in a real fix psychologically.

And one possible reaction to that fix is to find ways of expressing hyper-masculinity, to compensate for inner feelings of helplessness and inadequacy

Becoming a school shooter – “showing the world what I’m made of” – might be one extreme reaction to these feelings.  It’s a way of projecting strength, of feeling “empowered,” in part by intimidating and instilling fear in others.

Many of the boys that became school shooters had been bullied and ostracized by their peers at schools.  That may have compounded their inner sense of inadequacy.  It also gave them convenient targets for their misdirected rage.

Adam Lanza may be the poster child for father abandonment – and its potential consequences.  His Asperger’s, for which he apparently received no treatment, made him feel “different.”  Other boys viewed him as “weird.”

His Dad left the Lanza household in large part because of his inability to deal with his son.   And after the shootings, he expressed no shame or remorse, saying he’d wish Adam “had never been born.”

Dedrick Owens’ father said just the opposite:  He told the news media that if he hadn’t been in prison away from Dedrick, his son would never have shot his classmate.

Of course, fatherlessness alone doesn’t make a teenage boy a school shooter.  There are millions of fatherless boys in America and while many and perhaps most are troubled in some way, they don’t necessarily develop a violent anti-social rage.

And most don’t have access to a weapon, and the knowledge and propensity to use it.

Lanza’s mother had a weapons cabinet which she failed to lock up regularly.

Nicholas Cruz had acquired an entire arsenal of his own weapons, and his adoptive family, which learned about the arsenal, chose not to intervene.

How Berhow obtained the gun he used to kill his classmates is unknown.  But he clearly was in a position to act with impunity.

A posting discovered on his social media site on Wednesday left clear that he was planning to carry out an action at the school the following day.

Getting to the bottom of school shootings may never be possible in the end, in part because so many of the shooters have ended up dead, usually by their own hand.

Still, in so many cases, there were clear warnings signs over a period of years that the boys were planning to harm others, but no one cared enough to do anything.  There was no father present to take these youth firmly in hand and try to lead them down a different path.

We should be worried about all of our children, of course.  But at times like these fears of a “boys’ crisis” seem all too real.