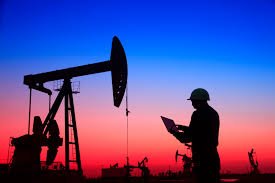 Beijing’s plan leading up to, and during 2020 was to use the crisis as the pivotal point for the Communist Party of China. The People’s Republic of China (PRC) could not compete economically with the U.S. under the terms of the existing, Western-created, “rules-based world order” — so those terms of engagement would have to be changed.

If the PRC economy could not grow in terms defined by the West, then the West’s economies would have to be reduced. The 2020 crisis would potentially “level the playing field”: flattening the terrain of strategic engagement.

An integral byproduct of this was the reality that the 2020 crisis also lowered an already depressed global demand for energy, particularly fossil fuels which had come to be the primary energy driver of global economic growth. Oil, in particular, had been the great underpinning of 20th Century growth.

As a result of the lowered demand for oil and gas, those states which were primarily dependent upon the export of fossil fuels would see — as 2020 proved — a catastrophic reduction in market demand and therefore a reduction in the value of their exports. This meant that the first casualty of the crisis would be those states the wealth and power of which depended on the sale of oil and gas.

That included most of the state members of the Organization of Petroleum Exporting Countries (OPEC). But not all. And for as long as Beijing was able to halt or change the Western-defined “rules-based world order” those affected states would see their golden ages eclipsed.

But, again, not all: ancient and entrenched societies such as Persia (Iran) and Russia, although damaged, would retain viability because of historical social patterns and because of a level of diversification of economic survival patterns. They had firm agricultural and manufacturing bases, domestic consumer economies, and at least could benefit from their own low petroleum costs. The future, however, was to become, for them, less expansionist and more about rebuilding the security of their own nation-states.

For Beijing, this meant that Russia could possibly be humbled to true supplicancy to the PRC; to become a tributary state of the Middle Kingdom.

This era of “cheap oil and gas” — unsustainable for producers — could arguably have been seen as the removal of one impediment to the cost of economic growth… unless the economic unsustainability of fossil fuel production meant that it was no longer readily available. That situation would, of course, and under normal circumstances, automatically impel a cyclical rise in the price of oil and gas… Unless demand remained low because of Beijing’s success in continuing to depress global economic growth for its own strategic reasons.

There was no question, even in 2020, that the short-term economic depression would be partially overcome and that some revived energy demand would be evident in the near term. Prices would start to haltingly rise a little, albeit not enough to restore the economic fortunes of Saudi Arabia, Kuwait, the United Arab Emirates, Venezuela, Nigeria, Angola, and so on.

Their fates would, to varying degrees, become parlous once their sovereign wealth funds became depleted.

But at what cost to the world?

My old colleague, mentor, and partner, Stefan Possony, told me in 1972 — and I am sure wrote it somewhere in the pages of our Defense & Foreign Affairs publications — that all great powers (and notably Rome) have been hallmarked through history as being the most profligate users of energy in their respective eras.

Possony, and co-author Jerry Pournelle, in 1970 discussed how, despite its advantage in resources and technical capacity, the U.S. was lagging behind the Soviet Union in key areas of the technology war. And yet, within 20 years, the U.S. had emerged as the dominant strategic power and the USSR had collapsed. Much of it was because the U.S. could be profligate in the resources under its command.

Continued protection and development of U.S. shale oil resources, then, is a critical U.S. national security priority in the post-COVID-19 space, and it would not be illogical for Washington to ringfence the U.S. energy situation so that a stable domestic supply of oil and gas remains economically feasible for commercial producers.

The question, then, is whether the U.S. and its allies allow themselves to be reduced on this occasion because of the adoption of strategies which embrace reduced energy use. Clearly, the PRC has a strong vested interest in ensuring that the world adheres to the Paris Accords, which effectively limit fossil fuel use. All the while the PRC clearly does not adhere to those Accords, which it champions for everyone but itself. Which is why Beijing claims exemption from the Paris Accords because the PRC, in its own words, is not yet a “developed nation”.

What, then, does Beijing’s “new rules-based world order” promise to us if its first order of effect is to ensure a decline in the economic levels of the world merely so that Beijing can emerge at the top of the heap — not even a soaring mountain — of human growth?

Beijing’s maxim as it entered and passed through the crisis of 2020 was that to succeed all others must fail.

76 thoughts on “China Uses Crisis To Target The USA”