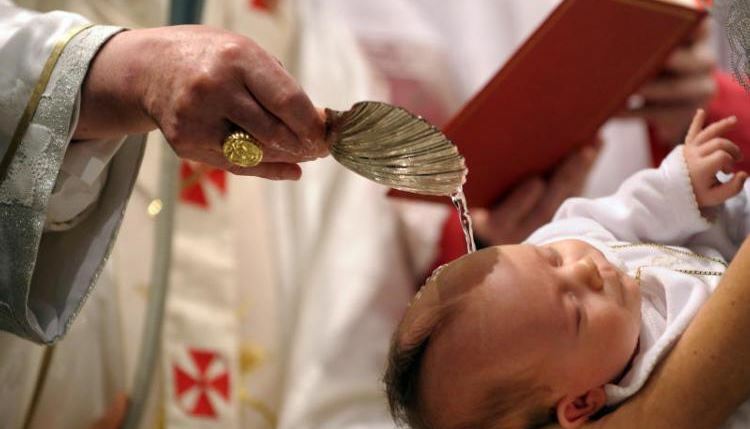 Catholic Church Under Fire After Baby Dies During Baptism

A Romanian baby has died after a baptism ceremony where infants are dipped into holy water three consecutive times.

The 6-week-old infant was in cardiac arrest and taken to the hospital on Monday, where it died a few hours later. An autopsy showed liquid in the baby’s lungs.

The Orthodox Church is now under pressure to change Baptism rules.

There is now an open manslaughter investigation against the priest that performed the baptism.

There is also an online petition calling for changes to the religious ritual. “The death of a newborn baby because of this practice is a huge tragedy,” the petition reads. “This risk must be ruled out for the joy of baptism to triumph,” it continued.

The petition has over 56,000 signatures.

Local news outlets have reported on multiple similar incidents in the past several years.

Vasile Banescu, Church spokesman, said priests could pour a little water on the baby’s forehead as an alternative to full immersion in the water.

However, Archbishop Teodosie, leader of the church’s traditionalist wing, says that the ritual will not change.