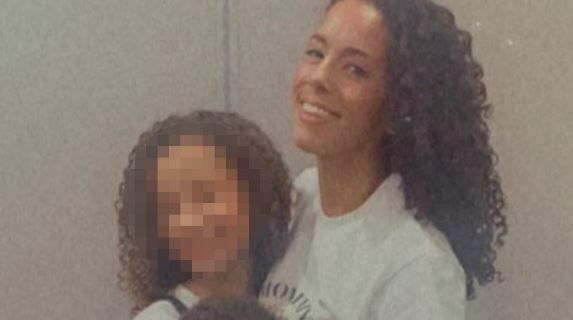 The body of a mother of two who disappeared in Atlanta last week has now been found burning on the side of the road – and police are searching for her killer.

On June 17 at about 1 a.m., 31-year-old Brittany Wicklein was walking home with a friend after going to a store at 901 Joseph E. Boone Boulevard in Atlanta when a black car drove past them, backed up and stopped in front of them, according to an Atlanta Police Department incident report.

The friend told police that a man inside the car was “screaming at Wicklein to get in.” Wicklein got into the car before it sped off.

The friend then called Wicklein’s phone. A man answered, demanding $50,000 “for Wicklein causing his mother’s house to be shot up,” according to the report.

The man on the phone then increased the amount to $100,000 before hanging up.

At about 4 p.m. on June 17, Wicklein’s friend called 911 and police began searching for her, posting pictures of her online.

Later, the man who demanded the $100,000 from the friend called one of Wicklein’s relatives demanding money. “Tell your cousin goodbye its (sic) your last time talking to her,” the man said, according to the incident report.

Investigators began canvassing areas Wicklein was known to frequent. They spoke with her friends and family members trying to determine whose vehicle she entered, police said in a summary of the investigation.

“Approximately 12 hours after police were contacted and approximately 27 hours after she was said to have entered the black vehicle, Ms. Wicklein’s body was found in the City of South Fulton,” the summary said.

According to the Atlanta Journal-Constitution, Wicklein was wanted on three counts of aggravated battery in connection with a 2020 incident in Illinois.

On Saturday, firefighters in South Fulton responded to a call about a grass fire on the side of Jones Road near Ga. 42.

In an email to PEOPLE Magazine, Lefwich wrote, “This was one of two incidents within a week in which our firefighters found burned bodies at separate fire scenes. Ms. Wicklein’s case originated with her abduction in Atlanta with her body eventually dumped in South Fulton. As both remain under investigation, we are unable to provide additional details.”

On Monday, the Fulton County Medical Examiner’s Office confirmed that the victim in the fire was in fact Wicklein.

As police continue to investigate and piece together exactly what happened, Wicklein’s family, friends and children are mourning her loss.

When Wicklein went out to the store on June 17, her aunt, Melba Scott, never imagined that she would never see her niece again.

“She left her purse, my door, her lights on, her makeup like she’s coming right back,” Scott told 11 Alive. “I haven’t moved anything either. I’m telling you we’re in so much shock.”

Wicklein and her two children had recently moved from Indiana to Atlanta and lived with Scott. “I wish I could turn back the clocks because I wish I could protect her,” Scott said.

A GoFundMe has been set up to help with funeral costs and help support Wicklein’s two children..

“We’re broken right now,” Scott told 11 Alive. “We lost somebody that was the light of the room to us. We lost somebody. It’s going to take us years to heal.”