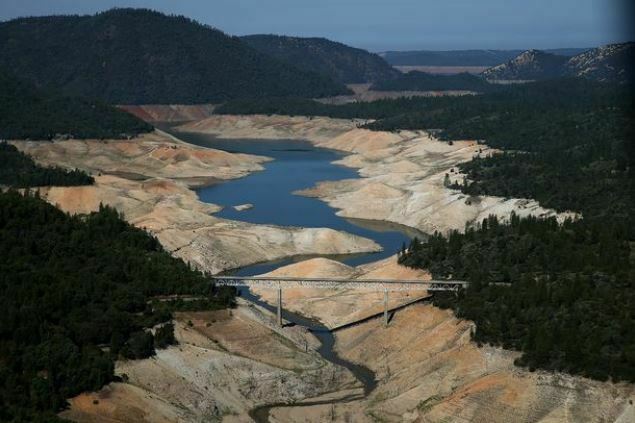 The mystery of a fatal plane crash that happened 55 years ago might have been solved thanks to a severe drought in California.

Seafloor Systems, an underwater surveying company, was testing equipment in Folsom Lake near Sacramento, California when they discovered the remains of a plane that matches the description of one that went missing in the 1960s, according to BBC News.

The Piper Comanche 250 disappeared on New Year’s Day in 1965. It is believed to have crashed, killing all four people on board, including the pilot.

The pilot’s body was recovered, but the bodies of the three passengers were never found.

Search efforts has carried on as recently as 2014, but still nothing was found. Until now.

Seafloor Systems found the wreckage fully intact at one of the deepest points of the lake after picking up a mysterious object on their sonar device.

They inspected the object more closely and realized that it was a plane.

Folsom Lake’s water level is currently at 38% of normal capacity as a result of the severe drought across California. Because of this, the team was able to take clear photos of the plane’s tail and propeller to properly identify it.

The local sheriff’s office is expected to decide on whether the plane can be recovered, but no investigation is currently underway.

Last week, California Governor Gavin Newsom declared a drought emergency in 41 of the state’s 58 counties, including the three counties that surround the lake.